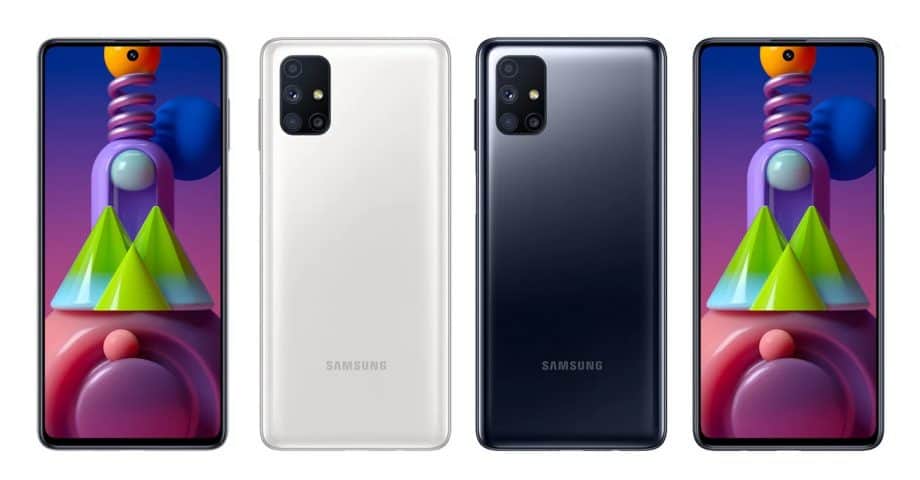 The M series is one of Samsung’s most budget-friendly phone lineups and it looks like another entry is coming. We’ve collected all the latest news, leaks and rumours so you can discover everything there is to know about the Galaxy M51.

Already massively popular in India, the M series aims to offer top-of-the-line specs at an affordable price. It’s basically the mid-range A series but even cheaper and we’re excited to see what Samsung can bring to the table at such an enticing price.

The Galaxy M31 launched earlier this summer and we weren’t disappointed. While the phone definitely has its drawbacks, Samsung offers a vibrant AMOLED display and a two-day battery life well worth its £245 price tag.

Read on for all the latest news, leaks and rumours regarding the Galaxy M51. Don’t forget to bookmark this page, as we’ll be updating it regularly as more news rolls in.

The Galaxy M51 is expected to launch in India before it arrives anywhere else.

According to a report by MySmartPrice, Samsung initially planned to release the smartphone earlier this year but production delays have since pushed the launch back to September. The source didn’t specify whether the delays are related to Covid-19, but this wouldn’t be the first phone launch pushed back by the pandemic.

There has yet to be any official word on price, but we expect the M51 to cost slightly more than the less powerful £245 M31.

Tipster Sudhanshu gave us our first look at some supposedly official press renders on Twitter this week.

The renders show off an L-shaped quad-camera setup, a fingerprint scanner on the side of the phone and a centered punch-hole selfie camera. It also looks at though the handset will come in black and white colour variations.

According to the report by MySmartPrice, the M51 will be the most powerful phone in the M series.

SamMobile published a detailed spec list this week, which includes a massive 7,000mAh battery unheard of on a Galaxy phone along with the same Infinity-O 6.7-inch Super AMOLED Plus display that graced the Galaxy A71.

The phone will reportedly be powered by the Qualcomm Snapdragon 730 SoC and will have 6GB/8GB RAM and 128GB of expandable storage.

The M51 will also supposedly include a USB-C port and 3.5mm headphone jack, and support Bluetooth 5.0, NFC and 25W fast charging. The affordable smartphone is expected to run Android 10 with at least One US 2.1 out of the box.

Hannah Davies
Staff Writer
Hannah joined Trusted Reviews as a staff writer in 2019 after graduating with a degree in English from Royal Holloway, University of London. She’s also worked and studied in the US, holding positions …

Unlike other sites, we thoroughly review everything we recommend, using industry standard tests to evaluate products. We’ll always tell you what we find. We may get a commission if you buy via our price links. Tell us what you think – email the Editor