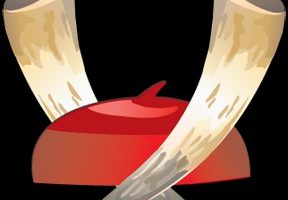 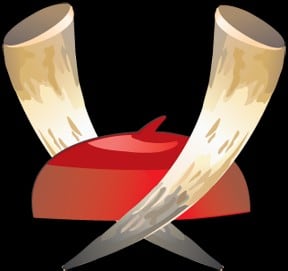 Balarabe On May 21, 20177:31 am In Special Report0 Comments Veteran politician and second republic governor of Kaduna State, Alhaji Balarabe Musa, while sharing the Igbo view that they have not had their fair share in the scheme of things in Nigeria since the time of the civil war, however, disagreed that majority of the Igbo are in support of Biafra.

According to him, the number of the Igbo people asking for Biafra is not more than 10 percent.

He told Sunday Vanguard, last week, in an interview: Sincerely speaking, the South-East has not had a fair-share since the civil war.

Their marginalization is quite obvious. But if the policy of reconstruction, reintegration and reconciliation of Gen.

Gowon and the late Gen. Murtala’s administrations had continued, the agitation by the few Igbo for Biafra state would have been a thing of the past.

It is the marginalization that is making a small section of the Igbo to agitate for Biafra.

If the reconstruction and reconciliation had been sustained, there wouldn’t have been any need for Biafra because the number of those Igbo asking for Biafra is not more than 10 percent.

The majority of the Igbo crave for a better Nigeria particularly because of their experience and they are prepared to fight for the unity of Nigeria.

Majority of Igbo leaders have said in clear terms that they want a better Nigeria where they can expand because they are enterprising in nature.

As you are aware, people who are enterprising would prefer a big community as against a small one.

Some of them desire a better Nigeria because they don’t want the previous experience of war to repeat itself.

But the agitation for Biafra is a ticking time-bomb just as the level of poverty in Nigeria.

Like I said earlier, the system of development in Nigeria tend to divide the people.

There were times in history when the Igbo were targeted and isolated because they were enterprising and because of the system that operates in Nigeria.

And probably the system could marginalize everybody until there is a brutal revolution.

*Post-election violence in Western Nigeria (1965/66) *The military takes over the Government:

*Gowon seizes power, and in consultation with only Northern officers and politicians, forms government.

(August 1966) *Ojukwu offers to confer with Gowon to end bloodshed and asks for repatriation of troops to their regional origins to lower tension; says offer was refused by Gowon.

(August 1966) *Out of safety concerns, Ojukwu refuses to go to Lagos for meeting of the 4 regional military governors but is still hopeful of peace resolution.

(August 1966) *Mass exodus of over 300,000 Igbos from the North to the East resulting from flare up of many riots and Igbo killings.

Gowon opens conference with offer of 4 forms of government.

(August 1966) *Over 2000 Igbos are massacred in Kano on September 29th, 1966 by a combination of Hausa mobs and troops of the fifth battalion in Kano.

Further Igbo exodus * A DC-4 carrying weapons to Eastern Nigeria crashes in Cameroon and Henry A. Wharton, a German-American is arrested.

(January 1967) *Nigeria confirms the death of Ironsi; flags fly at half mast.

(January 1967) *Easter region accuses federal government of failure to implement the Aburi accord and warns that the country is on the brink of political disintegration.

(March 1967) *Ojukwu warns that the East will secede if invaded or blockaded.

Both sides mobilize civilians (May 1967) * Awolowo announces that West/Lagos will secede if the East goes.

(May 1967) *Political situation deteriorates due to non-implementation of Aburi accord. Ojukwu expresses pessimism at a negotiated settlement.

(May 1967) *As impasse continues, Ojukwu seeks mandate from Eastern Assembly to Declare Biafra.

(July 1967) *The Mid-west operation and Biafra’s military setbacks. Losses of Nsukka and Enugu.

(January 1968) *United States Affirms Its Support for one Nigeria.

(April 1968) *Tanzania Becomes the First Country to recognize the Republic of Biafra as a sovereign State.

(April 1968) *France announced support for Biafra and calls for settlement of dispute on basis of self determination.

(August 1968) *Biafrans display 98 Nigerian troops that surrendered as a unit.

Umuahia is the only sizeable town in Biafra’s hands.

(September 1968) *Charles de Gaulle in interview hints at possibility of recognizing Biafra and admits that France has been aiding Biafra.

Ojukwu reportedly visits Biafra commanders at Oguta and gives them 24 hours to clear Nigerian forces from within artillery range of Uli airport.

(September 1968) *Nigeria announces capture of Owerri and march on Umuahia.

*Zambia’s President Kenneth Kaunda announces that Biafra will be allowed to set up government in Exile in Zambia, if defeated.

(September 1968) *As Biafra loses Aba, Owerri, and Okigwe in rapid succession, Ojukwu asks China for help to counter what he called Anglo-American imperialism and Soviet revisionism.

Nigerian Government spokesman says Biafra must be defeated by the end of February or growing international support will make Nigerian victory impossible.

(February 1969) *About 300 civilians (with eventual toll over 500) are killed by the Nigerian air force at Umuohiagu market.

(February 1969) *Ojukwu, in a speech to Biafra’s consultative assembly in Umuahia, says that Nigerian Government has began their last desperate effort, but bars any Biafran surrender.

(February 1969) *Ojukwu expresses hope that De Gaulle, in his forthcoming meeting with Richard Nixon, will convince Nixon to press for cease-fire in the war.

Ojukwu, in an interview, discusses three ways in which the war may end.

Wilson invites Ojukwu to meet with him outside Biafra. Warns Gowon that bombing of Biafran civilians is eroding the remnant of British support for the war

(April 1969) *Ojukwu is promoted to Major General and given new mandate to continue the war.

(May 13, 1969) * Colonels Adekunle and Haruna, commanders of Nigeria’s 3rd and 2nd Divisions respectively are relived from their posts.

(May 1969) *ICRC (Red Cross) Director, Dr. August Lindt and aides are detained for 16 hours by Nigeria with no charges.

(May 1969) *Youth, B. Mayrock, of Old. Westbury, New York, sets himself on fire and dies in protest against Genocide in Biafra.

(June 1969) *Pope writes letter to Ojukwu regarding lives of Oilmen captures in the Mid-West.

(June 1969) *Wole Soyinka is reported seriously ill in Kaduna Prison, where he is incarcerated without trial.

(December 1969) *Ojukwu, in Christmas speech, says that Biafra is faced with the toughest military test of the war.

(January 3) *Massive Nigerian troops link up and pressure cause refugees to stream into Owerri as Biafra nears collapse.

(January 4th) *Ojukwu announces over Radio Biafra that he is flying out of Biafra to explore possibilities for peace.

(January 11) *Biafra appears near collapse as Nigeria confirms recapture of Owerri, and Uli airport is virtually destroyed by artillery fire.

(January 11) *General Effiong, in radio broadcast, orders Biafran troops to lay down their arms and says he is sending representatives to meet with the Nigerian field commanders to negotiate armistice.

( January 13) *Gowon, in broadcast, rejects all relief aid from countries or groups that aided Biafra.

(January 15) *Last Missionaries to Leave Biafra Describe the Beginning of the End.

(January 15) *Biafrans Scramble to get on the Last Plane.

(January 16) *Ojukwu appeals to the world to help save Biafrans in a statement released for him in Geneva by Markpress.

(January 16) *Last observers to leave Biafra describe the beginning of the end.

(January 16) *Nigeria Expels 4 Journalists for Visiting the East without Permission.

(January 17) *General Effiong reassures the Nigerian Government that the Biafran forces hiding in the bushes will not wage guerilla war.

(January 18) *Portugal offers asylum to all Biafran refugees and says it will maintain its facilities at Sao Tome for relief operation.

(January 19) *Nigeria thanks USSR; Ambassador George T. Kurubo says Soviet aid to Nigeria was the most important factor in the defeat of Biafra.

(January 24) *Ojukwu is given asylum in the Ivory Coast. Ivory Coast Government says he will refrain from all political activities. (January 24)