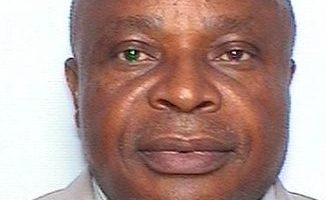 He was the man saddled with the suicidal job of meeting with the Nigerians after Biafra had lost steam.

He was commissioned before Generals Emeka Ojukwu and Yakubu Gowon.

Asuquo Effiong When the chips were down, Gen. Effiong braved all odds to put the war to an end with the corollary humiliation, as Biafran Head of State.

Ojukwu had joined the Grey Ghost to begin a life in exile.

The erstwhile Biafran leader told his Chief of General Staff, he was travelling to Cote D’Ivoire in search of peace.

Thanks to Gen. Effiong, the war was brought to an end.

This man who did so much for Biafra and Nigeria, unfortunately, has become largely forgotten by those who should celebrate him as a true hero.

By bringing the crisis to an end he saved many lives and united the country once again.

Nigeria forgot him. The Army abandoned him. Gen. Ojukwu was welcomed back like a hero in 1982 and even in death, was buried like a President.

His wife also became an Ambassador. Some other Biafran soldiers would later benefit from Nigeria.

Chief of Army Staff ( after Gen. Alex Madiebo), Brig. Patrick Amadi became member of the House of Representatives in 1979. Col. David Ogunewe was reabsorbed and unlike other officers, did not lose rank.

His son would later become a Two-Star general. His nephew, Independence, was in the National Assembly Emeka Omeruah emerged as governor, minister, NFF Chairman.

Let us get a clearer picture. Amadi joined the Army same day as Obasanjo. Ogunewe was Obasanjo’s senior in Third Battalion Kaduna.

Omeruah was close to Gen. Sani Abacha. His brother, Paul, was in Military School, Zaria with David Mark, Tunde Ogbeha and Abdul One Mohammed.

Ugokwe joined the Army same day as Gen. Muhammadu Buhari and Ojukwu was Aide de Camp to Gen. Hassan Katsina. Gen. Effiong had no one to fight for him.

However, they were all commissioned ahead of Effiong who was decorated on January, 11, 1956. Even prominent Biafran civilians later bagged enviable jobs in Nigeria.

Francis Osakwe who piloted Ojukwu to Abidjan also flew Gowon to Kampala. Gen. Effiong could have chosen to stay away from Biafra, like Cols Wellington Bassey, Emmanuel Ekpo and Admiral Akinwale Wey and Captain Nelson Soroh.

He could have defected like George Kurubo. He chose Biafra bearing pain of the assassination of Major Ekamem Ibanga and Captain Ofong Ukpo Isong.

At the time of the July 29, 1966 coup, Effiong was acting Commander of First Brigade, Kaduna. When Biafra was declared, he was given the lowly job of Commander, Biafra Militia.

His junior, Hilary Njoku, was appointed Army Chief. Effiong was also senior to Ojukwu. He served under the same Ojukwu who did not want to serve under Gowon.

Effiong was loyal and when it was time to take risk, he gladly accepted to bring the bloody war to a close. You can imagine being called Philip by Obasanjo, a junior, in Amichi and Gowon, another subordinate officer, in Lagos.

Ojukwu could not bear the shame of surrendering to a junior Obasanjo. Effiong did it to save the country. And we should remain eternally grateful to him.

Effiong could have chosen to continue the battle thereby wasting more lives. Afterall, Ojukwu had been dismissed from the Nigeria Army on July 1, 1967.

So it could have been interpreted that as the Biafran leader fled, the erstwhile Chief of General Staff decided to continue the fight. Even when men like Justice Luis Mbanefo and Prof.

Eni Njoku challenged the Nigerian government for creating East Central State without consulting the Igbo, Effiong sued for peace so that Nigeria would be one again.

At that time in Lagos as they were preparing to go to Dodan Barracks to surrender formally, Obasanjo offered them the option of going back to the battle field.

Before the trip to Lagos, Effiong adorned his Biafran camouflage even when other officers chose civilian attire. First, he discussed with Maj. S.O. Tomoye and Lt.Col. Alani Akinrinade and later Obasanjo in Amichi in a meeting which fully involved Col. Joe Achuzia.

Two of them, Philip(Junior) and Philippa are married to Igbo spouses. He may be forgotten by Nigeria, but some of his soldiers will not forget.

Sasa Kalu, the young school boy soldier and a member of the Corporal Nwafor Saladin crew, visited Effiong in Ikot Ekpene in September 2001, to write the preface to the book  Corporal Nwafor : a true Black African story.

This officer gentleman, Philip Effiong, First Commander of the Nigeria Army Ordnance Corps, deserves to be celebrated by all as a brave man of peace. Nigerian History will not be unkind to him even if our leaders pretend to forget his role.