The British has asked the Federal Government of Nigeria to clarify the whereabouts and status of the leader of the Indigenous People of Biafra, Nnamdi Kanu.

The British government through The Press Officer, UK high commission in Nigeria, Joe Abuku, said it had asked the Federal Government if the British national was alive or dead.

The inquiry followed reports that Kanu had been missing since September 14, 2017 when armed soldiers stormed his residence in Abia State.

We are seeking urgent clarification from the Nigerian authorities about the status and whereabouts of Mr. Kanu, a British-Nigerian man, who has been reported missing since September 14, Abuku stated in an email on Thursday.

When asked if the United Kingdom would strip Nnamdi Kanu of British citizenship on account of the declaration by Nigeria that he was leading a terrorist organisation, the mission said it does not comment on individual cases.

One of the conditions that can make the United Kingdom strip its citizen of nationality is if the person engages in a terrorist activity at home or abroad. And Kanu has dual citizenship and therefore a citizen of Nigeria and the UK, the mission stated.

When asked if the UK supported the Nigerian government’s proscription of the IPOB, Abuku stated that the group was not a proscribed organisation under the British law.

The Indigenous People of Biafra is not a proscribed organisation in the UK, the mission spokesperson stressed.

READ President Muhammadu Buhari resumes work, holds meeting with Osinbajo
However, when asked if the group was free to raise funds or hold rallies in Britain, Abuku said he would need to get an official response on that, but subsequently declined to respond to the question.

He also declined comment on whether the IPOB might be designated as a terrorist group or proscribed by the British authorities.

Abuku said, we do not routinely comment on whether an organisation is or is not under consideration for proscription. A decision to proscribe an organisation must be based on a belief that it is concerned in terrorism as defined in the Terrorism Act 2000, and it must be proportionate.

The United States had earlier said it did not consider IPOB a terrorist group and urged Nigerians to de-escalate tension and embrace peaceful resolution of grievances.

Spokesperson for the American Embassy in Nigeria, Russell Brooks, had said, Within the context of unity, we encourage all Nigerians to support a de-escalation of tension and peaceful resolution of grievances. The Indigenous People of Biafra is not a terrorist organisation under US law. 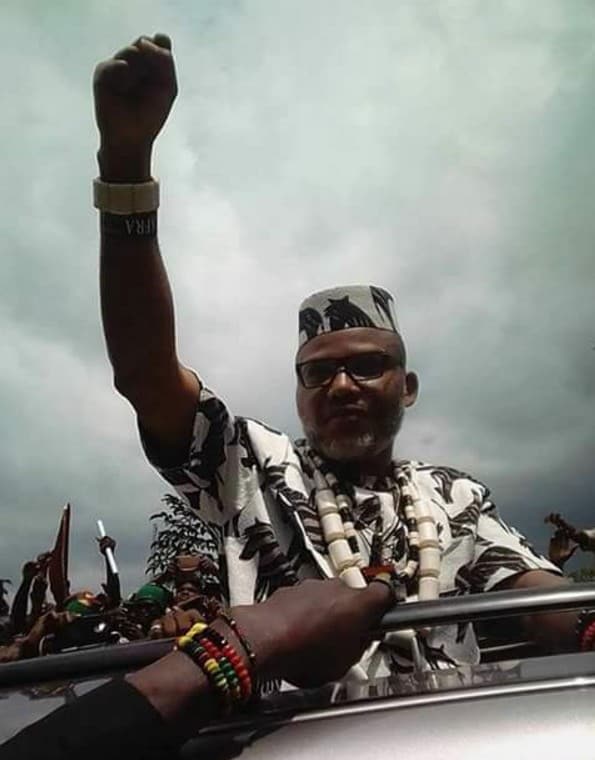