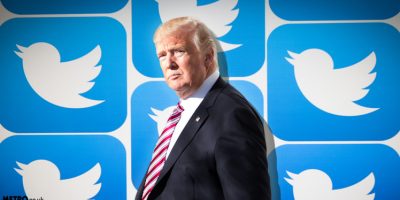 The president retweeted a post from someone called Mike Holden after mistaking him for Fox & Friends.

Trump was trying to promote a story about how he’s seriously considering a pardon for ex-sheriff Joe Arpaio.

While it’s normal for the president to push content from that particular news channel, it is definitely not in his nature to retweet anything negative about him (even though his approach to social media is extremely haphazard).

Mike Holden was basking in the glory before Trump deleted the tweet around 20 minutes later.

He’s a fascist, so not unusual.

Donald Trump just agreed that he’s a fascist on twitter.
Trump retweeted it this morning thinking it was Fox & Friends.
He made the tweet vanish but it was up there for around 20 minutes.

Trump glossed over the fact he’d tweeted about someone calling him a fascist by retweeting a cartoon showing CNN trying to stop a Trump train. But he’s since removed this from his feed as well.

The story Trump actually wanted to promote concerns his decision to pardon Arpaio, who was found guilty of criminal contempt two weeks ago. He had defied a judge’s order to stop traffic patrols targeting illegal immigrants.

The president told Fox: I am seriously considering a pardon for sheriff Arpaio. He has done a lot in the fight against illegal immigration. He’s a great American patriot and I hate to see what has happened to him.
Donald Trump just agreed that he’s a fascist

Trump was pretty quick on the draw when it came to deleting, tweeting and retweeting this morning. But it took the president more than 48 hours to properly respond to the Charlottesville attack.

He initially came under fire for bemoaning violence on many sides.when he addressed the far-right march that left one woman dead and 19 others injured.

The president was forced to re-address the situation yesterday, and said: No matter the color of our skin, we all live under the same laws, we all salute the same flag and we are all made by the same almighty God.

We must rediscovered the bonds of love and loyalty that bring us together. Racism is evil.