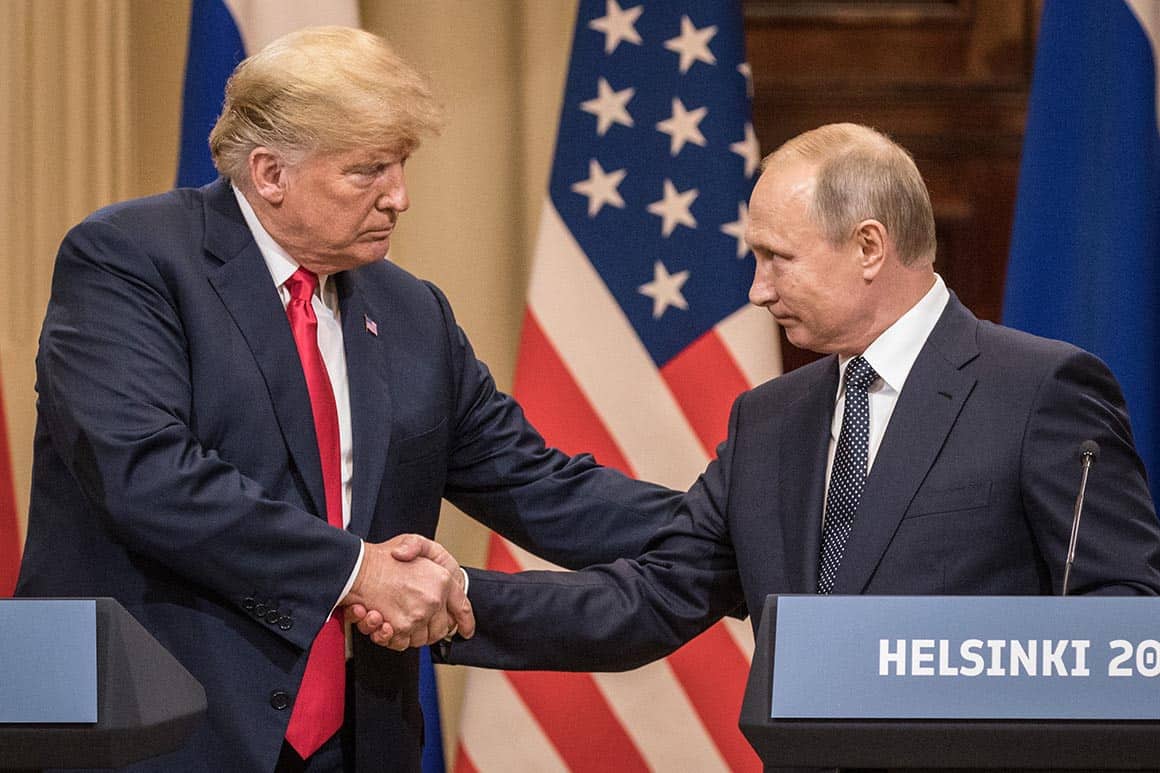 While America had been waiting to see if President Trump would sign a bill that would both put sanctions on Russia, and to a certain degree, inhibit his power in lifting sanctions against the Eastern European nation, today we got an answer. President Trump did in fact sign the bill.

Now comes word though, from the co-founders of the Democratic Coalition, that President Trump spoke with Russian President Vladimir Putin prior to signing the bill. Jon Cooper posted the following tidbit of news on Twitter earlier this afternoon.

Top WH source: Trump spoke with Putin before he signed Russia sanctions bill. No word yet on what #PutinsPuppet told him, but stay tuned!

This was followed by a message from the other co-founder of the Democratic Coalition, Scott Dworkin about an hour later saying:

I heard the same, different source.

Fox New asked Kellyanne Conway if in fact President Trump spoke to Vladimir Putin prior to signing the bill, and Conway’s response was:

Oh, I can’t comment on that and i’m not aware of that.

The mere idea of our President discussing the signing of sanctions against Russia with the Russian President just prior to signing the bill, makes you question if perhaps he made some sort of promise to Putin, a man who many believe could hold blackmail material on Trump.

To make matters even more interesting, is the fact that Trump released a second letter which he also signed, directed at Congress, adding some very strange stipulations to the bill  almost as if he is leaving wiggle room to renege on it at a later date.

That letter, in it’s entirety can be seen below  thanks to congressman Alan Grayson’s wife, Dr. Dena Grayson for sharing: 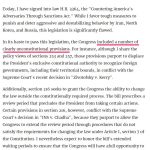 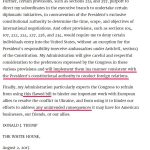 As you read the underlined portions of the letter, you can almost see him trying to wiggle his way out of the fact that he actually signed the bill if he desires to do so in the future. Only time will tell whether Trump will uphold his word, or if this is just another delay tactic to help him buy some time before his next stunt.