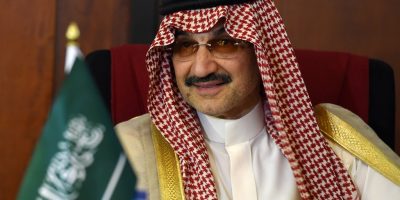 LONDON-Saudi Arabia announced the arrest on Saturday night of the prominent billionaire investor Prince Alwaleed bin Talal, plus at least 10 other princes, four ministers and tens of former ministers.

The announcement of the arrests was made over Al Arabiya, the Saudi-owned satellite network whose broadcasts are officially approved. Prince Alwaleed’s arrest is sure to send shock waves both through the kingdom and the world’s major financial centers.

He controls the investment firm Kingdom Holding and is one of the world’s richest men, owning or having owned major stakes in 21st Century Fox, Citigroup, Apple, Twitter and many other well-known companies. The prince also controls satellite television networks watched across the Arab world.

The sweeping campaign of arrests appears to be the latest move to consolidate the power of Crown Prince Mohammed bin Salman, the favorite son and top adviser of King Salman.

At 32, the crown prince is already the dominant voice in Saudi military, foreign, economic and social policies, stirring murmurs of discontent in the royal family that he has amassed too much personal power, and at a remarkably young age.

The king had decreed the creation of a powerful new anti-corruption committee, headed by the crown prince, only hours before the committee ordered the arrests.

Al Arabiya said that the anticorruption committee has the right to investigate, arrest, ban from travel, or freeze the assets of anyone it deems corrupt.

The Ritz Carlton hotel in Riyadh, the de facto royal hotel, was evacuated on Saturday, stirring rumors that it would be used to house detained royals.

The airport for private planes was closed, arousing speculation that the crown prince was seeking to block rich businessmen from fleeing before more arrests.

Prince Alwaleed was giving interviews to the Western news media as recently as late last month about subjects like so-called crypto currencies and Saudi Arabia’s plans for a public offering of shares in its state oil company, Aramco.

He has also recently sparred publicly with President Donald J. Trump. The prince was part of a group of investors who bought control of the Plaza Hotel in New York from Mr. Trump, and he also bought an expensive yacht from him as well. But in a twitter message in 2015 the prince called Mr. Trump, a disgrace not only to the GOP but to all America.

As president, Mr. Trump has developed a warm, mutually supportive relationship with the ascendant crown prince, who has rocketed from near obscurity in recent years to taking control of the country’s most important functions.

But his swift rise has also divided Saudis. Many applaud his vision, crediting him with addressing the economic problems facing the kingdom and laying out a plan to move beyond its dependence on oil.

Others see him as brash, power-hungry and inexperienced, and they resent him for bypassing his elder relatives and concentrating so much power in one branch of the family.

At least three senior White House officials, including the president’s son-in-law, Jared Kushner, were reportedly in Saudi Arabia last month for meetings that were undisclosed at the time.

Before sparring with Mr. Trump, Prince Alwaleed was publicly rebuffed by Mayor Rudolph W. Giuliani, who rejected his $10 million donation for the victims of the Sept. 11 terrorist attacks in New York because the prince had also criticized American foreign policy.

As powerful as the billionaire is, he is something of an outsider within the royal family  not a dissident, but an unusually outspoken figure on a variety of issues.

He openly supported women driving long before the kingdom said it would grant them the right to do so, and he has long employed women in his orbit.

In 2015 he pledged to donate his fortune of $32 billion to charity after his death. It was unclear Saturday whether Saudi Arabia?s corruption committee might seek to confiscate any of his assets.

Saudi Arabia is an executive monarchy without a written Constitution or independent government institutions like a Parliament or courts, so accusations of corruption are difficult to evaluate.

The boundaries between the public funds and the wealth of the royal family are murky at best, and corruption, as other countries would describe it, is believed to be widespread.

The arrests came a few hours after the king replaced the minister in charge of the Saudi national guard, Prince Mutaib bin Abdullah, who controlled the last of the three Saudi armed forces not yet considered to be under control of the crown prince. 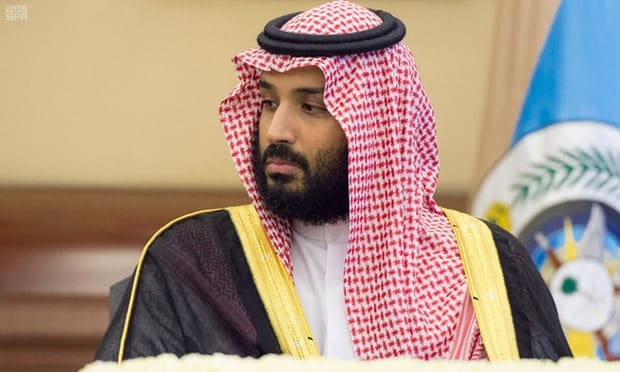