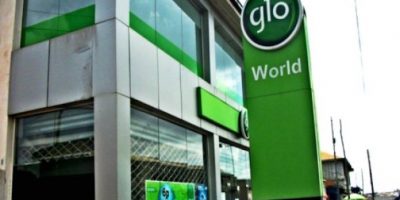 Subscribers on the network of Globacom, are in for excess data season as the company once again blazed the trail by launching a new data revolution, which confers its subscribers an unfair advantage with unmatched data packages; the biggest ever in the industry.

The launch of the Glo Data Revolution was done alongside the unveiling of an exclusive partnership with iflix, the world’s leading entertainment services for emerging markets, which gives the teeming subscribers of the telecom firm, 60 days of unlimited access to the world’s best television programmes, series, movies, cartoons and more on their devices.

Speaking at the launch of the super-size offer in Lagos, recently, Globacom’s Regional Director, Planning and Technical, Mr. Sanjib Roy, said the new offer gives both new and existing subscribers who renew their subscriptions before expiration up to 4GB of data for just N1,000.

This 4GB data, for example, translates to about 4,000 pages of web browsing.

The Globacom top official added that for small plans, new subscribers and those who renew with N100 subscription will have a 90MB bundle; while for N200, they will get 250MB with which they can send 400 emails for example.

For N500, the customer gets a whopping 2GB of data, which the subscribers can use to do 10 days of unlimited chatting, if need be, Roy explained.

According to him, the new bundle offers are unprecedented and the biggest thing in Nigeria’s telecom history, adding that never has the subscriber to any network in Nigeria had it so big and so good.

All you need to do is get on the Glo data network and stay on by continuing to renew your subscription to enjoy the benefits that give you the unfair advantage over other data users.

Explaining the Glo-iflix partnership, which is available on the Glo Caf platform, Roy said beyond giving subscribers of the telecom firm, 60 days of unlimited access to the world’s best television programmes, series, movies, cartoons and more on their devices, after the 60 days, the Glo subscribers will get access at a specially discounted price of N100 per month only.

Subscribers need to send Buzz to 105 to access the iflix service.