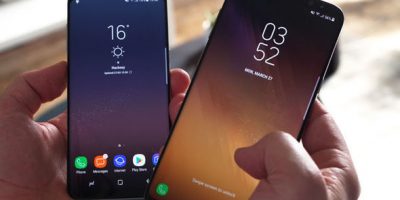 Forget The Galaxy S9, This Is The Samsung Phone You May Actually Buy In 2018 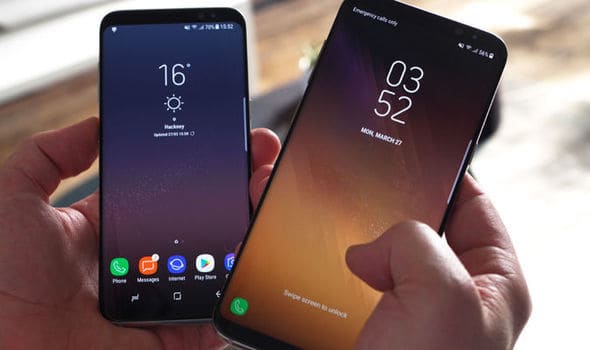 Samsung Galaxy S9 will have a curved OLED display and dual rear cameras.

The Samsung Galaxy S9 is set to launch next year, with the follow-up to the Galaxy S8 and S8+ expected to be revealed in February 2018.

It?s believed that the South Korean tech giant will use the Mobile World Congress (MWC) to lift the lid on the Galaxy S9 and family of smartphones.

Both smartphones are tipped to have a dual-curved display, like the Galaxy S8 and Galaxy S8+ before them.

The Galaxy S9 is also expected to feature a dual camera set-up, which Samsung first debuted with the Note 8.

It?s also been rumoured that the Galaxy S9 could have a 3D depth-sensing front camera to enable facial recognition.

If that sounds at all familiar, it’s probably because the front-facing 3D depth-sensor is one of the flagship features on the Apple iPhone X.

All this advanced tech for the Galaxy S9 and S9+ means that it could be released at a price point higher than the Galaxy S8.

And for Samsung and Android fans who are looking to a new phone, but don’t want to fork out that much, they’ve been given a boost.

It looks like one of the best features of the S8 and S8+, which looks set to also come to the Galaxy S9, could feature on a lower priced model.

The reliable SamMobile has revealed that Samsung are planning on bringing the Infinity Display to their midrange Galaxy A smartphones.

The leak came after SamMobile spotted the specs for the 2018 Galaxy A5 online.

Among those specs listed on the HTML5 Test website is the 18:5:9 aspect ratio display for the 2018 Galaxy A.

Samsung introduced this longer, narrower display with the Galaxy S8 and S8+ to coincide with the launch of the Infinity Display.
Samsung Galaxy S9 UPDATE – Another new phone could have S8’s best feature

And the same aspect ratio appeared on the Galaxy Note 8, which also has an Infinity Display.

So far, Samsung has not produced a phone with an 18:5:9 aspect ratio that features conventional bezels.

While the Test site doesn’t necessarily have the finished specs, changing the aspect ratio at this point would be a huge shift in direction.

Which, at this late stage of the game, seems highly unlikely.

The latest addition to the Galaxy A family of smartphones is expected to launch early next year.

So fans won’t have long to wait to get confirmation on whether the Infinity Display is heading to the mid-range smartphone line.

The news comes as it’s rumoured that Samsung are preparing a brand new flagship phone, the Galaxy X.

It’s thought the new device could be just a few months away from being launched and it will include a very unique feature.

This smartphone will be foldable, giving fans the chance to use a much bigger screen in a device that can still fit in a pocket.