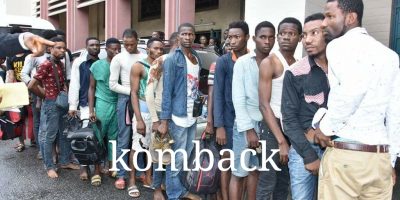 As Court Orders Defendants Gays To Undergo Sexual Rehabilitation, Monitoring. The Lagos State Government on Thursday arraigned 28 adults and 12 minors before a Lagos Magistrate Court for allegedly engaging in homosexuality contrary to the laws of the land.

The defendants gays, who are all males, were arraigned separately on a one-count charge.

The Magistrate also granted the request of the prosecution demanding monitoring and Sexual rehabilitation for the defendants gays, while the matter was adjourned to September 8, 2017.