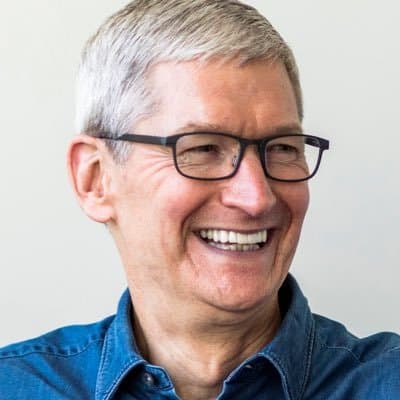 “If you’ve built a chaos factory, you can’t dodge responsibility for the chaos.”

“But whether you like it or not, what you build and what you create define who you are. . . . Taking responsibility means having the courage to see things through.”

Cook also drew some gasps in the crowd with a not-so-subtle reference to Theranos, the company founded by Stanford dropout Elizabeth Holmes, who is now facing fraud charges:

“We see it every day now, with every data breach, every privacy violation, every blind eye turned to hate speech. Fake news poisoning our national conversation.

False miracles in exchange for a single drop of your blood. Too many seem to think that good intentions excuse away harmful outcomes,” Cook said.

Tim Cook told the Class of 2019 that while Silicon Valley has done great things, it is failing to recognize — or repair — the negative consequences of its technology.

“Here’s a plain fact: Silicon Valley is responsible for some of the most revolutionary inventions in modern history … But lately, it seems, this industry is becoming known for a less noble innovation. The belief that you can claim credit without accepting responsibility,” Cook said.

Tim Cook also urged a focus on digital privacy — an area that Apple has touted in its latest product announcements.

“In a world without digital privacy, even if you’ve done nothing wrong other than think differently, you begin to censor yourself,” he said. “Not entirely at first, just a little. Bit by bit. To risk less, to hope less, to imagine less, to dare less, to create less, to try less, to talk less, to think less.”

“If we accept as normal and unavoidable that everything in our lives can be aggregated, sold and even leaked in the event of a hack, then we lose so much more than data. We lose the freedom to be human,” Cook said.