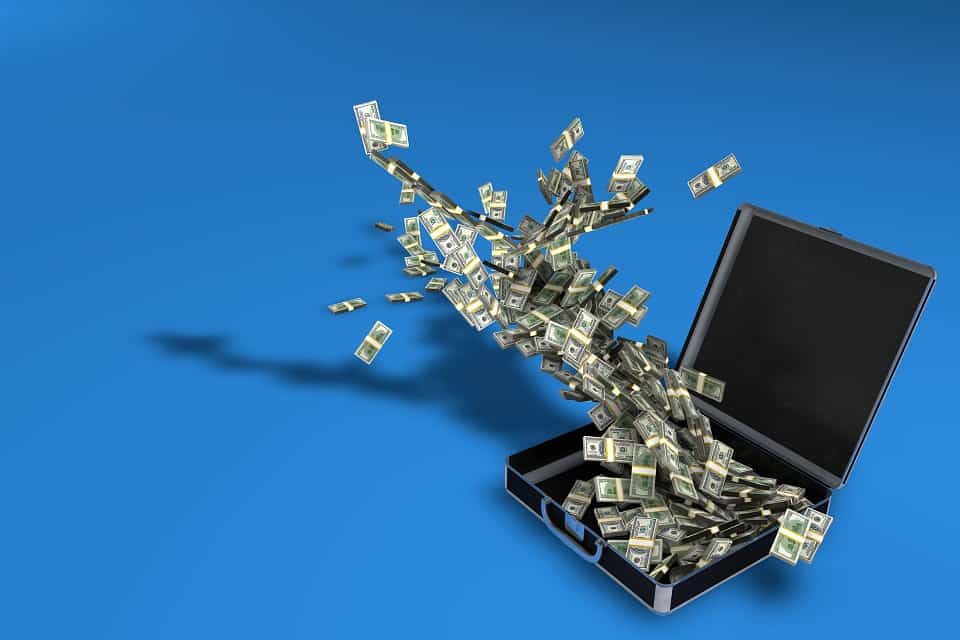 Qualcomm Will Pocket Almost $5 billion From Apple Settlement This Quarter 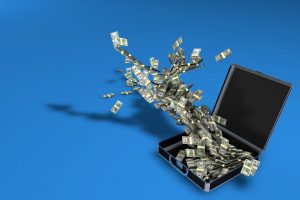 Qualcomm will make nearly $5 billion in the current quarter from the settlement of its licensing dispute with Apple.

During its quarterly earnings report on Wednesday, the mobile chipmaker said it will record revenue of about $4.5 billion to $4.7 billion from Apple in its third fiscal quarter, which ends in June.

It includes a cash payment from Apple and the release of money it had to reserve to pay or refund Apple and the contract manufacturers certain customer-related liabilities.

Overall, Qualcomm’s third-quarter revenue should total $9.2 billion to $10.2 billion, a 65% to 83% jump from the previous year when Apple wasn’t paying Qualcomm’s licensing fees.

“We are … pleased to have reached multi-year agreements with Apple and look forward to continuing to support them as a customer,” Qualcomm CEO Steve Mollenkopf said in a statement.

Apple and Qualcomm last month settled their patent licensing battle, ending a two-year dispute the day after their trial kicked off in San Diego. The two sides announced the surprise agreement through a joint press release at the same time lawyers were presenting their opening arguments in a courthouse in Southern California.

Apple and its contract manufacturers had given their statements, and Qualcomm’s head lawyer had nearly finished his remarks when the courtroom buzzed with the unexpected news.
Legal battle over

Apple, which initially filed suit against Qualcomm in January 2017, argued it essentially paid Qualcomm twice, first by purchasing processors and then by paying royalty fees. The Cupertino, California, company said it should pay fees based only on the cost of the wireless chip inside its iPhones.

Apple partners Foxconn and Pegatron, which assemble its devices, agreed and joined the lawsuit. Qualcomm countered that it isn’t a monopoly and said its technology is more than modems so it should be compensated based on the selling price of the phone itself.

Tens of billions of dollars were at stake in the case. Apple’s manufacturing partners wanted a refund of $9 billion for allegedly overpaying royalties since 2013. Under antitrust law, that amount could be tripled.

Qualcomm wanted damages of its own for breach of contract, though it hadn’t detailed the amount before the settlement was announced. An even bigger concern for Qualcomm was whether it’d have to change its entire business model, collecting far lower royalties based on the price of its chips rather than the phones they’re in.

The settlement was a boon for Qualcomm, but it also benefits iPhone buyers. Apple and Qualcomm previously were close partners, with Qualcomm supplying high-end modems for iPhones. None of its rivals in the mobile chip business — like Intel — could match Qualcomm’s processor connection speeds, and it’s currently the only company that makes 5G modems to sell to third-party handset makers. (Samsung and Huawei build 5G chips but only use them in their own devices.)

Now that Apple and Qualcomm have settled their disputes and have signed a multiyear chipset supply agreement, it’s likely 5G will be coming to iPhones sooner than thought.

Apple CEO Tim Cook, during his company’s earnings call Tuesday, said he would “punt” on a question about 5G in the iPhone. But he said Apple is “glad to put the litigation behind us.”

“We’re very happy to have a multi-year supply agreement, and we’re happy that we have a direct license arrangement with Qualcomm, which was I know important for both companies, and so we feel good about the resolution,” Cook said.

Along with fighting Apple, Qualcomm also has battled Huawei over licensing terms. In January, Qualcomm said the two companies had reached a short-term pact. Now that the Apple dispute has settled, Qualcomm could soon reach a longer-term licensing agreement with Huawei.

Qualcomm on Wednesday said its fiscal second quarter, which ended in March, included the third $150 million licensing payment from Huawei under their interim agreement.