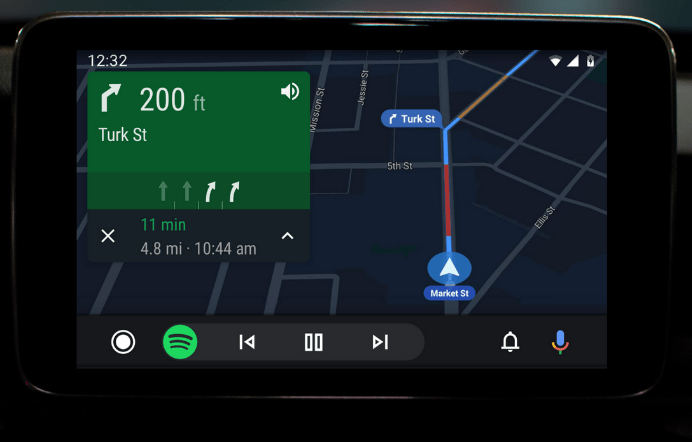 Google on Monday unveiled a series of updates new design to Android Auto, the mobile app that connects a driver’s Android phone to their car’s in-dash infotainment system. The updates come ahead of this week’s Google I/O developer conference, where the Mountain View, Calif.-based tech giant plans to showcase the ways the Android operating system is power different in-car experiences.

The new features are largely designed to help simplify common tasks and show more useful information at a glance: There’s a new navigation bar that lets you control different functions — like getting directions or taking an incoming call — from the same screen. In a new notification center, drivers will get centralized information about all of their communications, including recent calls, messages and alerts.

For cars with a wider screen in the head unit, Android Auto now maximizes the display to show more information, such as playback controls and ongoing calls. Additionally, Android Auto features a new color palette — a darker theme with colorful accents and easy-to-read fonts — that should improve visibility.

The new design features will roll out to Android Auto-compatible cars later this summer.
After launching about five years ago, Android Auto now supports more than 500 car models from 50 different brands, Google said.

While Android Auto is growing, Google is also fostering partnerships with automakers like Volvo to build Android-powered infotainment sytems directly into cars.