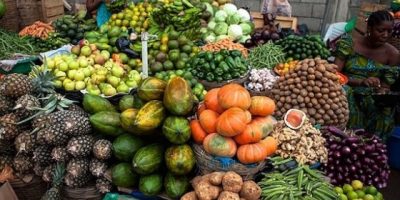 In line with its vision to invest and expand in Africa, China has pledged to support African’s industrialisation, food security, health system and employment.

He disclosed that since the summit, more than 600 projects had been either completed, underway or signed to be implemented.

These projects together amount to over $108 billion. They could directly create 209,000 jobs, and could contribute $1.15 billion of tax revenue for African countries. The China-Africa Fund for Production Capacity Cooperation is now running with an initial contribution of $10 billion for African’s industrialisation.

Besides, China has provided vocational training opportunities to over 100,000 African people and offered nearly 20,000 government scholarships for African countries,he said.

Yoon Jung Park, executive director of Chinese in Africa/ African’s in China Research Network, said China had always been accused, especially in the West, of exploiting resources and the people of Africa but wondered if investors would leave their countries and put their money elsewhere on altruistic grounds.

Park urged African governments to develop from below and pay particular attention to the poor as well as the informal sector and industrialisation.

On the allegation that China is flooding Africa with substandard products, she said the goods were being bought from China by Africans.

African’s flock to China and bring back containers of goods. In China there are also superior products but the traders choose to buy substandard ones, she stressed.

Park, who also teaches at Georgetown University, Washington DC, USA, explained that interviews conducted in Zimbabwe in 2009 showed that the citizens were grateful to China for its products.

Apollos Nwafor, Pan Africa Director of Oxfam International, said it was important for Africa to stop allowing investors to take its resources and then turn around, process them and send back to the continent as finished products.

Nwafor said this practice impoverished Africans, stating that this was an era when aid was no longer fashionable but concrete development.
McKinsey’s latest report shows that over 10,000 Chinese firms in Africa make $180 billion from the continent annually. Out of this, $60 billion comes from the manufacturing sector and industriasation.