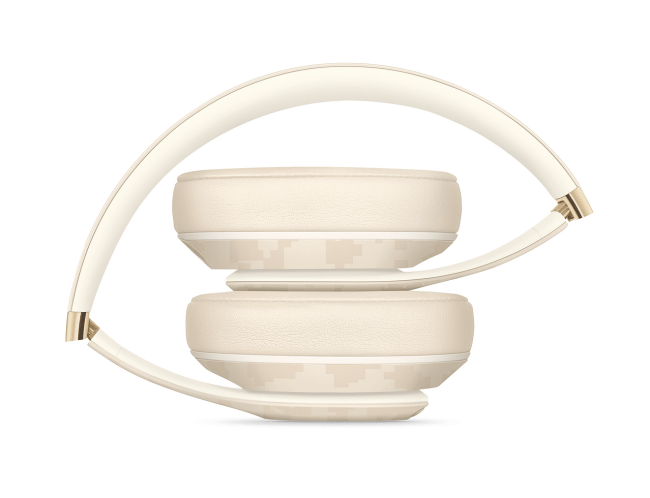 By Becky Scarrott an hour ago

Another day, another Apple over-ear headphones leak. You might remember respected analyst Ming-Chi Kuo’s prediction back in January that Apple was working on new wireless cans, for release in early 2020.

You might also recall the appearance of ‘Apple Air Pods (Generation X)’ over-ears in Target’s product inventory – along with a $399.99 price tag.

Apple itself is fond of a coy product leak too, often choosing to tease its new headgear in iOS updates. Back in December, evidence found in Apple’s iOS 13.3 update indicated a “Powerbeats4” model. Cast your mind back just a little further, to October 2019, and you might even recollect an icon spotted in the iOS 13.2 software update that we now know proved a pretty accurate likeness of the Apple Air Pods Pro.

Now, it’s hardly a depiction as detailed as the recent FCC filing for the aforementioned Powerbeats4, but what we can see from the admittedly simple icon above is two sets of over-ear, wireless headphones in different colour ways: black (or space grey) and white. The cans have sizable ear cups with generous grey padding on the inside, and no apparent wires.

Although the glyph itself can only tell us so much, it does go some way to support the three SKU numbers seen in Target’s product inventory system two weeks ago (suggesting three potential colour ways) and the $400 price point, which would make the over-ears Apple’s most premium headphone offering to date.

While the long-rumoured cans’ release date is still unknown, the icons in the leaked iOS 14 code are the clearest evidence yet that Apple is serious about releasing its own over-ear headphones.