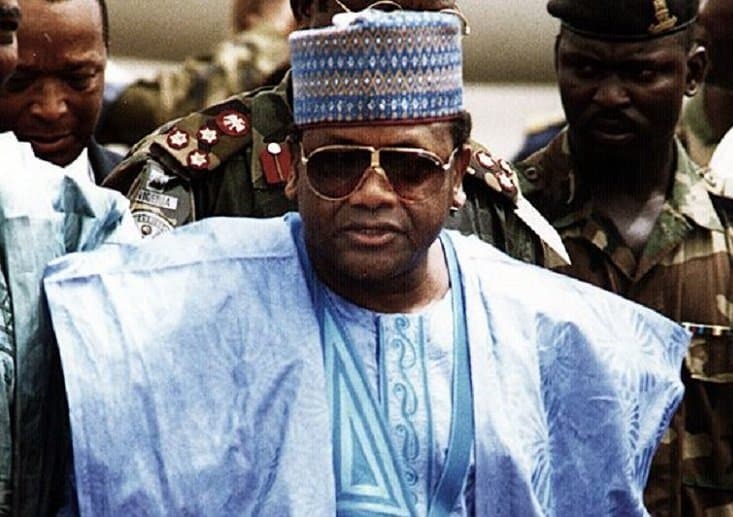 Former Nigerian president Sani Abacha who stole over $5 billion in only five years of reign.

The government of Jersey, a self-governing dependency of the United Kingdom in the Channel Islands between England and France has seized an amount of £211 million ($267m) that belonged to former Nigerian military dictator General Sani Abacha who died in 1998.

He laundered the recovered money through the United States into a bank account held in Jersey by Doraville Properties Corporation, a British Virgin Islands company, reports British media Metro.

“In restraining the funds at the request of the United States of America, through whose banking system the funds were laundered prior to arriving here, and in achieving the payment of the bulk of the funds into the Civil Asset Recovery Fund, Jersey has once again demonstrated its commitment to tackling international financial crime and money laundering,” said the Attorney General Robert MacRae.

The United States first discovered the laundered money and directed the Island’s Attorney General to apply for a restraining order over the Jersey bank account of Doraville in 2014. The request was granted by the Royal Court to preserve the money, reports Metro.

Doraville also applied for the restraining order to be lifted in 2016 but their application was dismissed. They challenged the decision at Jersey’s Court of Appeal in 2017 and it was again rejected. They took the matter higher to Jersey’s ultimate appellate court which also rejected the appeal in 2018.

General Sani Abacha, who is believed to have stolen over $5 billion in his five-year reign, kept the money in banks abroad. His criminal ways were uncovered after his death in 1998 and the country is still fighting to recover the few stolen funds they are aware of.

Switzerland, a safe haven for stolen money and other ill-gotten gains, has kept a huge sum of stolen money stashed in their banks by corrupt African leaders and their families. They have started making conscious efforts to return some of the monies to redeem their image.

In 2004, Abacha was ranked as the fourth most corrupt leader in history. Together with his National Security Adviser Alhaji Ismaila Gwarzo, they made false funding requests which they approved. The funds would then be transferred to the Central Bank of Nigeria before laundering them to offshore accounts.

After assuming power in 2015, Nigeria’s president, Muhammadu Buhari has been seeking assistance from other countries to recover stolen assets taken abroad.In February last year, Buhari stated that all unclaimed stolen assets recovered will be sold off and the proceeds deposited in the national treasury. He said the move forms part of his administration’s anti-corruption campaign.