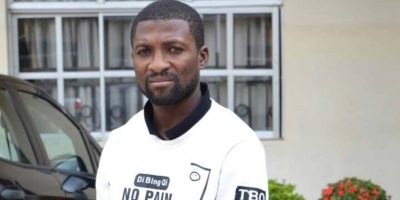 A Magistrate’s Court in Wuse Zone 2 of Abuja has granted bail to a police officer, Musa Musa, who allegedly broke into a house of former President Goodluck Jonathan in Abuja.

He was sacked by the authorities alongside others few days after he was indicted.

Musa, whose was arraigned before Senior Magistrate Mabel Segun-Bello, was granted bail in the sum of N7 million with a surety who must be a civil servant and resident in the Federal Capital Territory (FCT).

The dismissed officer, a sergeant, was one of those arrested for the alleged crime. Musa was, though, the only one docked in court. Three police officers had also been arrested by the police following the incident.

Musa was charged with mischief and theft for allegedly breaking into Jonathan apartment situated at Gwarinpa District on July 5, 2017.
The items reportedly stolen include dozens of plasma television, sets of furniture, refrigerators, air-conditioner units and boxes of clothes as well as customised suits.

Others were male and female Ijaw traditional attire, lace materials and bowler hats.
Prosecution counsel, Stanley Nwodo, opposed the application for bail, contending that the matter was already an issue of national interest.

He argued that the defendant would jump bail if granted the request.
But defense counsel, Gabriel Egbule, however, urged the court to admit his client to bail because he was still innocent until proven contrary.