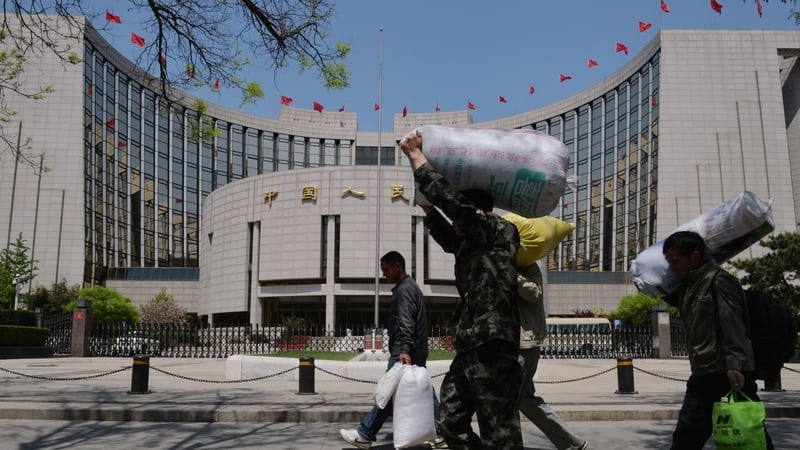 The People’s Bank of China announced measures to free about $126 billion to boost the slowing economy.

China’s central bank said today it was cutting the reserve requirements for banks, freeing up about $126 billion to boost lending and bolster the slowing economy.

The People’s Bank of China (PBoC) will cut the reserve requirement ratio (RRR) on September 16 by 50 basis points, it said in a statement, reducing the amount of cash banks must hold.
State news agency Xinhua described the decision as “the latest effort to bolster the economy”, while the People’s Bank of China said it had cut the requirement “to support the development of real economy”.Lowering the RRR for banks frees up more money for lending to small businesses, and the latest cut follows a drop in May this year.The move will release 900 billion yuan ($126 billion) in liquidity, the PBoC said.China’s State Council signalled that the move was being considered earlier this week, after a meeting this week discussed policy tools including an increase in the use of local government bonds to finance infrastructure projects.Ting Lu, chief China economist at Nomura investment bank, said in a note that an RRR cut is “a signal that Beijing is becoming increasingly worried about the worsening slowdown” and wants to stabilise growth.

China’s economic growth has been slowing in recent years, and has been hit by the bruising trade war with the US.

The reserve cut came a day after China confirmed it would resume trade talks in Washington in early October, raising hopes that fresh negotiations could help ease tensions between the world’s two biggest economies.

Both sides imposed fresh tariffs on goods worth hundreds of billions of dollars on September 1.