The kidnapped Prince-Olandah Equiano , when i saw this article, and once i saw Femi Fani-Kayode in it, i got interested. Very lenghty, but worth the while.

My great historical friends, Abdul Razak Mustapha Lawal who i trust on such matters can also assist in confirming these facts –

Femi Lies About the Yorubas Being Nigeria’s Earliest Graduates:

From his myopic bubble Femi Fanikayode claims the Yoruba were the first to acquire Western education; the first ever known record of a literate Nigerian in the English Language is the narrative of an Ibo slave who regained his freedom and documented his life history as a slave from the time he was 11 years old in present day Ibo land till the time when he gained his freedom in the middle of the 18th century.

He later married an English woman and had 3 children. He died in 1795.
Femi, a basic Google-research will do you good here; check out the name, Equanoh Olandah. Further Femi claims that the Yoruba were the first lawyers and doctors in Nigeria.

This is again a big falsehood. The first Nigeria doctor was an Effik man Silas G. Dove who obtained a medical degree from France and returned to practice medicine in 1840 in Calabar. This fact can also be verified from historical medical records in Paris.

I would also ask that you google the name BLYDEN  Edward Wilmot BLYDEN  an educated son of free Ibo slaves who by the mid-19th century had acquired sound theological education.

He was born in Saint Thomas in 1832. He is one of the founding missionaries that established the Archbishop Vining church in Ikeja. Before the next time you succumb to your long-running battle with logorrhoea, Femi please do some research.

What about the third president of a free Liberia President J JRoyle  again, a man of Ibo descent. Please take some time to do some research so that we can discuss constructively.

It is wrong to peddle lies to your people. It is academic fraud to knowingly misrepresent facts just to score cheap points with people who do not have the discipline to do research and accept anything you pour out simply because they say you are well educated.

To again quote the great Nobel Prize Winner in Economics Joseph Stiglitz; Femi fits into the category of third rate students from first rate universities with an inflated sense of self-importance.

Let’s go on!
Who was the first Nigerian Professor of Mathematics  an Ibo man  Professor Chike Obi  the man who solved Fermat’s Last Theorem. He was followed by another Ibo man, Professor James Ezeilo, Professor of Differentail Calculus and the founder of the Ezeilo Constant.

Please do some research on this great Ibo man. He later became the Vice Chancellor of the University of Nigeria Nsukka and one of the founders of the Nigerian Mathematical Centre.

Who was Nigeria’s first Professor of Histroy  Professor Kenneth Dike who published the first account of trade in Nigeria in pre-colonial times.

Anatomy and Physiology Professor Chike Edozien is an Asaba man and current Obi of Asaba. Who was the first Professor of Anatomy at the University College Ibadan.

He was followed by the likes of Professor Alexander Anumalu who has been nominated for the Nobel Prize for Physics three times for his research in Intermediate Quantum Physics.

This young Asaba man had made a First Class in Physics and Mathematics at the then University College Ibadan in the early 50s.

He later became the Vice Chancellor of the University of Nigeria Nsukka after the war. What about Astronomy  again another Ibo man was the first Professor of Astronomy  please, look up Professor Ntukoju he was the first to earn a double Ph.D in Astronomy and Mathematics.

Let’s go to the Social Sciences. Demography and statistical research into population studies again another Ibo man Professor Okonjo who set up the first Centre for Population Research in Ibadan in the early 60s. A double Ph.D in Mathematics and Economics.

Nigerians need to be told the truth and not let the lies that Femi Fani-Kayode has been selling to some ignorant Yoruba who feel that to be the first to see the white man and interact with him means that you are way ahead of other groups.

The Ibo as The great Achebe said had within a span of 40 years bridged the gap and even surpassed the Yoruba in education by the 60s.

Many a Yoruba people perpetually indulge in self-deceit: that they were the first to go to school; to be exposed to Western education; that they are academically ahead of other Nigerian cultures of peoples. Another ignorant lie.

As far back as 1495 the Benin Empire maintained a diplomatic presence in Portugal. This strategic relationship did not just stop at a mere mission but extended to areas such as education.

Scores of young Benin men were sent out to Portugal to study and lots of them came back with advanced degrees in Medicine, Law and Portuguese Language, to name a few.

Indeed, some went with their Yoruba and Ibo slaves who served the sons of the Benin nobility while they studied in Portugal. These are facts that can be verified by the logs kept by ship owners in Portugal from 1494 to 1830. It is kept at the Portuguese Museum of Geographic History in Lisbon.

Why then would several Yoruba people peddle all these falsehoods to show that they are ahead educationally in Nigeria.

The true facts from the Federal Office of Statistics on education tell otherwise, showing that 3 Ibo states for the past 12 years have constantly had the largest number of graduates in the country, producing more graduates than Ondo, Osun, Ekiti and Oyo states.

These eastern states are Imo, Anambra and Abia. Yet he calls Ibos traders. Indeed, the Igbos dominate because excellence dominates mediocrity  truth.

Let me enlighten this falsehood’s mouthpiece even further: Before the civil war Ibos controlled and dominated all institutions in the formal sector in Nigeria from the universities to the police to the military to politics:

The police was run by an Ibo IG
The military as a professional institution was also run by elite-ilk Ibos.
Facts can never be hidden.

To be first does not mean you would win the race; let us open up all our institutions and may the best man win. Let us not depend on handouts or privileges but on heard work.

Let us compete and give the best positions to our brightest be it Ibo, Yourba or Fulani, and then we shall see who is the most successful Nigerian.

I find it difficult not to respond to some of these long-held lies that are constantly being peddled by Yorubas. One is that the Yoruba have the largest number of professors in the country.

I would again ask that we stick to facts and statistical records. The Nigerian Universities Commission has a record of the state with the largest number of professors on their records and as at 2010 that state is Imo State followed by Ondo State and then Anambra State; the next state is Ekiti and then Delta before Kwara State.

I am sure you Yorubas are surprised. When you sit in the South-West do not think others are sleeping but I wish to address another historical fact and that is who were the first Nigerians to receive Western education.

It is important that these issues be examined in their historical context and evidence through research be presented for all to examine.

I have continued my research for as the great sociologist and father of modern sociology. Emile Durkheim  put it, the definition of a situation is real in its consequence.

What this simply means is that one must never allow a perceived falsehood to become one’s reality and by extension individuals who accept a defined position act as though the situation is real and apply themselves in that narrowly defined perspective.

Why is this important to state it is because for long the Yoruba have peddled lies that have almost become accepted as the truth by other Nigerians but it is important that we lay down the facts for others to examine and come to their own conclusion for facts are facts.

Let’s go back to education. Historically, Western education resulted as a product of indigenous ethnic groups interacting with the whites through trade.

The dominant groups sold slaves, ivory gold and a host of other products to their European counterparts in exchange for finished goods  wine, tobacco, mirrors, etc.

The Bini who were the dominant military force from the 15th to the 19th century raided and sold other ethnicities to the Europeans. Top on the list of those they sold were the Yoruba, Ibo and Igala.

Various other ethnicities suffered as a result of the Bini military expansion. And the Benin Kingdom stretched from present-day Benin up to what is now geographically referred to as Republic of Togo.

Indeed, the influence of the Benin Empire extended to the banks of the river Niger to present-day Onitsha. There are huge Yoruba settlements in the Anioma part of Delta State who fled Yoruba land as a result of these attacks and constant raids.

Yes, there are Yoruba people who are currently living with Ibos in the Ibo-speaking part of Delta and they are full citizens of the place no one refers to them as strangers and there is no talk about the Ibos being the host community like we hear from the Governor of Lagos State.

But let me return to research. Slaves were moved from the hinterland to the coast and many were sold through Eko to the New World. These slaves were the first to encounter the Europeans and by extension their way of life  this included education in a Western sense.

The Bini King had taken pains to establish a diplomatic presence in Portugal and the relationship developed into areas that extended beyond trade in the late 15th century and lasted well into the early 19th century.

Scores of young Bini youth were sent to Portugal and studied there, coming back with advanced degrees in various disciplines. The next set of people to receive Western education were the slaves themselves. Some of them managed to buy their freedom and develop themselves further.

For the Ibo it does not matter who your father is; the question is: Who are you. Who was Obasanjo’s father. Was he the most educated Nigerian.

I am sure the answer is no. Yet this Great Nigeria led this nation two times as a military Head of State and as a civilian President. What about GEJ.

Who was his own father? Was he the first Nigerian to go to London. The answer is no. In fact, he had no shoes, yet he is fully in charge. So it does not matter if your father was the first Lawyer or first Doctor in Nigeria but rather what matters is what an individual does with the talents the Almighty has given to him.

Let us open up Nigeria for competition. That is the solution to our problems. Those who want privileges keep reminding us that their fathers were the first to go to school in London.

Every generation produces its own leaders and champions. Like Dangote who is the biggest employer of labour in Nigeria today and the richest man in Africa.

Was his father the first to go to study in London. Yet he is the master of people whose parents gave them the best. My brothers, the answer to the Nigerian problem is that we should establish a merit-driven society.

I get am before no be property.

If you want to read about Olandah Equiano you can get it here. Olaudah Equiano: 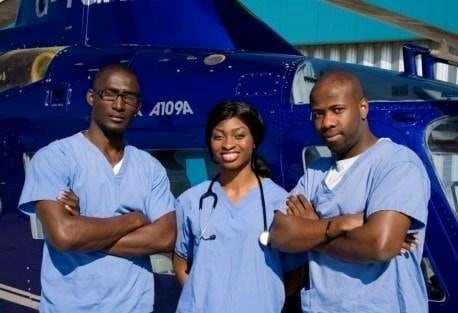 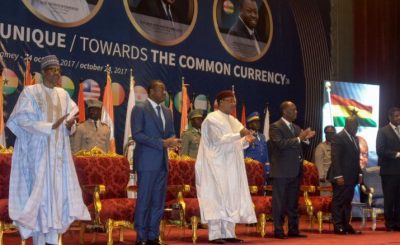 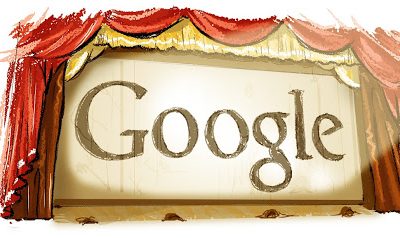 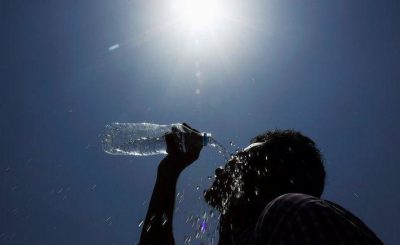 Nigeria Suffers Severe Heatwave With No Relief In Sight 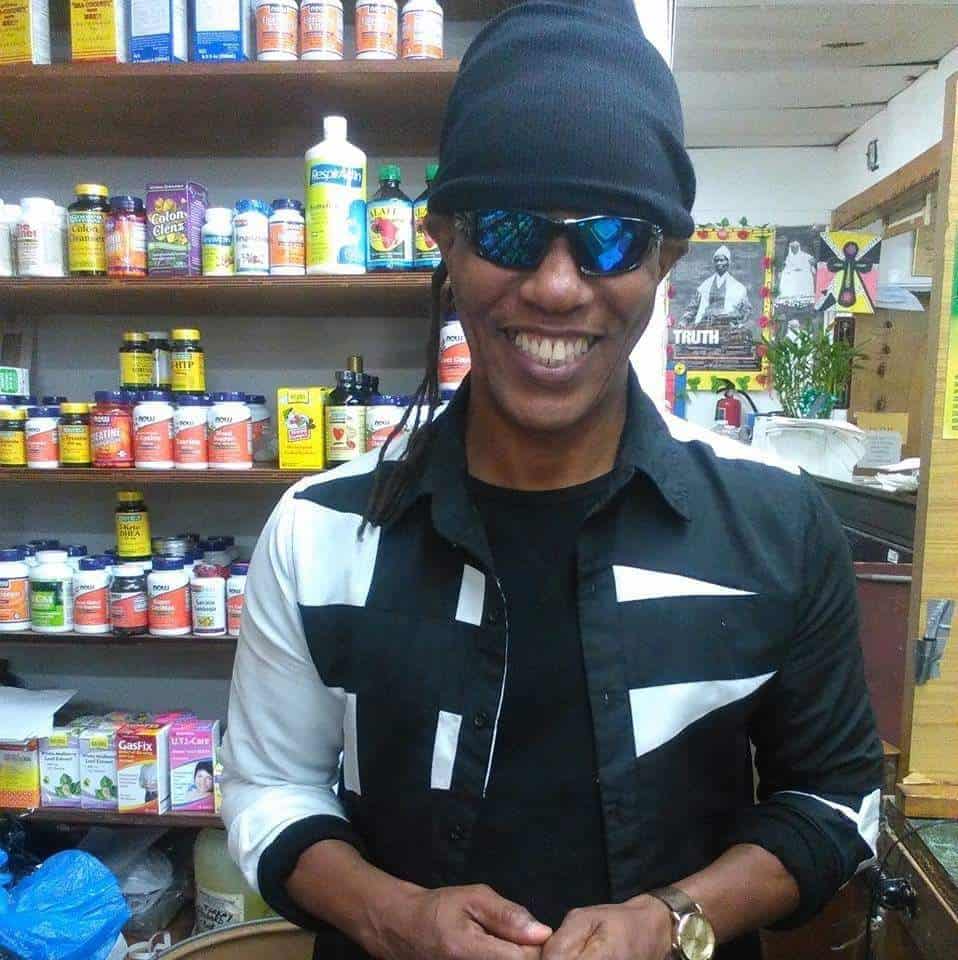