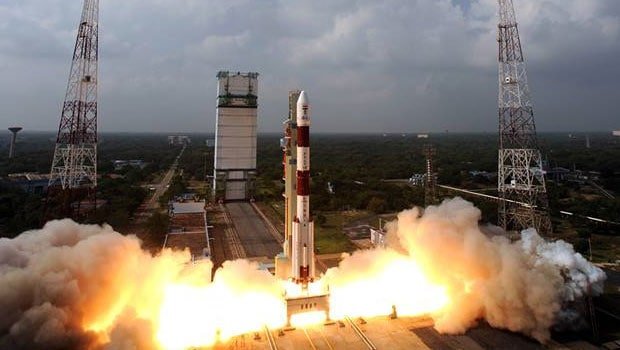 INDIA PLANS to establish its own space station and the modalities for it will be worked out after its first manned space mission Gaganyaan is complete, Isro chairman Dr K Sivan said Thursday.

“We want a separate space station. Our space station will be small. We will launch a small module of 20 tonnes for microgravity experiments. This is our ambition.

Everyone starts with a small module and only later expands,” he said at a press conference for the launch of India’s ambitious Chandrayaan 2 project to the moon.

Sivan said ISRO was in the process of drawing up plans for the space station, which is likely to be ready in the next five to seven years.

The space station will be placed in an orbit of 400 km above the earth — low earth orbit — where astronauts can stay for 15-20 days.

Only one such facility exists now, which is the International Space Station (ISS), run by NASA.

Minsiter of space Dr Jitendra Singh, meanwhile, said India’s “first human mission will be sent in to space by 2022”.

“I take pride in saying that space technology in India is now at the forefront. This is incredible and miraculous when you realise that we started much later than any other country.

And now, we will be the fourth country to have a soft landing on the moon with Chandrayaan 2.

I am happy to announce that on the eve of our 75th Independence anniversary, ISRO has resolved to send our first human mission to space. The preparation for that is under process,” he said.

“We will send two or three persons and the selection process for this is underway. A special cell — the Gaganyaan National Advisory Council — with various stakeholders as members is looking into this.

The selection of the astronauts will be completed in the next six months and another one to two years will be taken to train them,’’ said the minister, adding that the budget for the mission has been kept at `10,000 crore.

Isro chief Sivan added that a memorandum of understanding has been signed with the IAF to select and train astronauts. “For the first six months, they will be trained in India.

After that, they will have to be sent abroad for advanced training as we haven’t developed the capability of advanced training yet. After Gaganyaan, the next step will be to send a manned mission to the moon,’’ he said.

ISRO will use its GSLV Mk-III launch vehicle, which has the necessary payload capability to launch Gaganyaan, he said.

Gaganyaan will take 16 minutes to enter space and the crew will subsequently orbit in space for 3-7 days. “We will require a recovery crew and we are already talking to the Coast Guard for this,’’ said Sivan.

Prior to that, he said, two unmanned missions will be undertaken — the first one in December next year and the second, six months after that, in preparation for Gaganyaan.

ISRO also announced two other missions — Aditya L1, which will be launched in 2020 and orbit the sun, and another to Venus.