Hauwei’s founder, Ren Zhengfei, spoke to a journalist from the BBC at Huawei’s headquarters.

He patiently answered questions after questions, setting the record straight on the company’s mission and values, as well as the recent challenges.

He spoke openly as an industry professional, a company leader, and as well as a concerned father.

Huawei’s founder has come out fighting against the U.S. government after he claimed that “there’s no way the U.S. can crush us.”

Ren Zhengfei, who founded the telecom company in 1987, doesn’t often make public statements, but, in a rare interview with the BBC, he defiantly claimed that Huawei’s business is growing stronger amid pressure from the U.S. government, which is pursuing criminal charges over alleged business dealings in Iran. Under those charges, CFO Meng Wanzhou was arrested during a trip to Canada.

“The world needs Huawei because we are more advanced. Even if they persuade more countries not to use us temporarily, we could just scale things down a little bit,” Ren told the BBC via a translator. “Because the U.S. keeps targeting us and finding fault with us, it has forced us to improve our products and services.”

Ren called the arrest of Meng — his daughter, who may be extradited to the U.S. — a “politically motivated act [that] is not acceptable.”

“There’s no impact on Huawei’s business due to Meng Wanzhou’s loss of freedom, in fact, we are growing even faster,” he said. “They may have thought that if they’ve arrested her, Huawei would fall but we didn’t fall. We are still moving forward.” 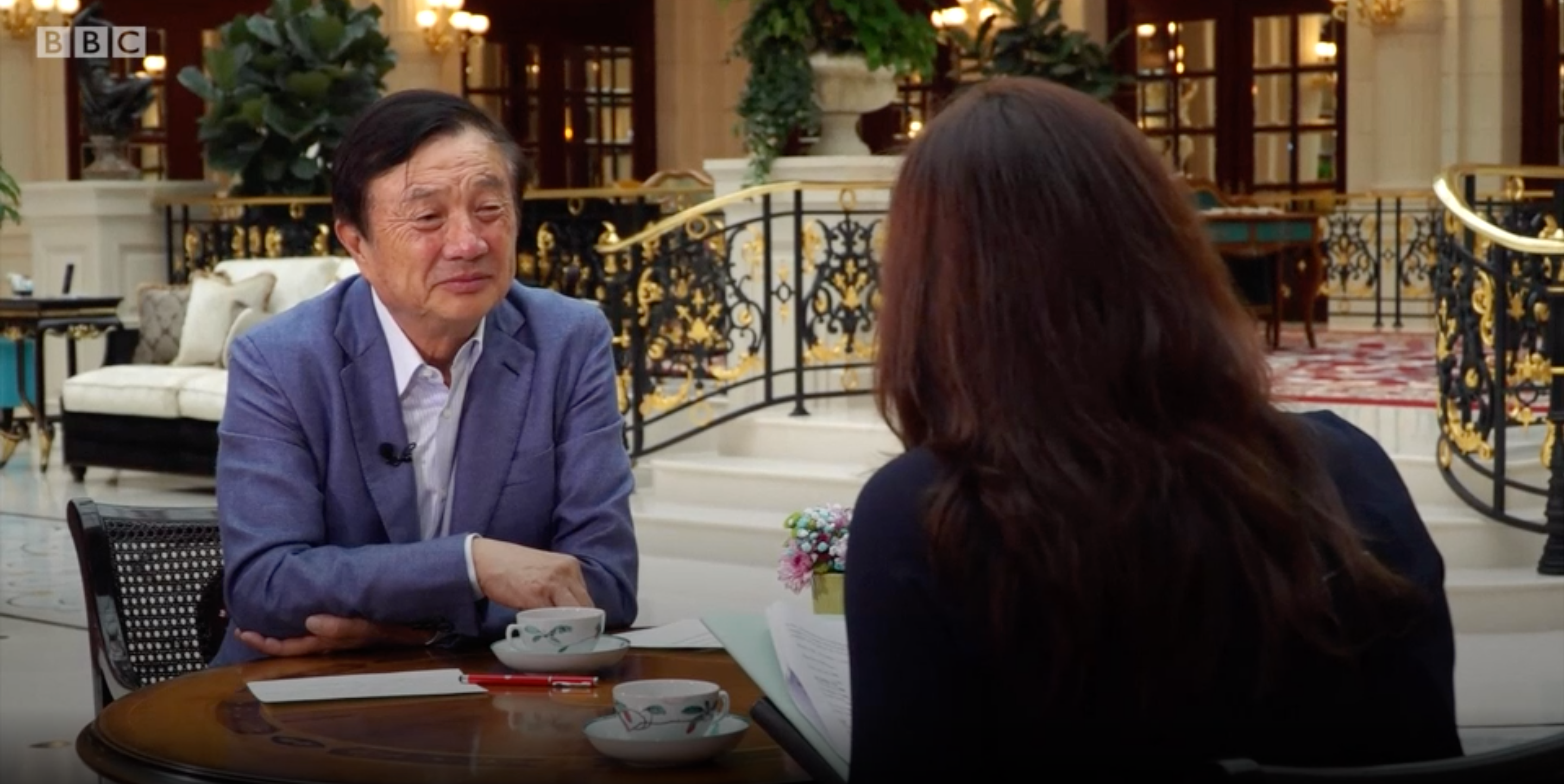 In a rare interview, Huawei’s founder Ren Zhengfei spoke to the BBC about pressure from the U.S. government and the arrest of his daughter, the company’s CEO, in Canada

Legislation bans the government and contractors from using Huawei kit — which includes a range of networking equipment and infrastructure tech as well as smartphones — but the U.S. has also sought to convince its international allies to follow suit. Australia, New Zealand and Japan have done so; the latter banned ZTE and Huawei equipment in December, while espionage heads from Australia, Canada, New Zealand and the U.K. — fellow Five Eyes members — were said to have agreed to do so, too, at the end of 2018.

However, just this week, Huawei won a reprieve in the U.K. when the Financial Times reported that British intelligence chiefs believe that concerns around spying — the U.S. has accused Huawei of acting as a proxy to Beijing — can be managed. That could leave U.K. operators free to move ahead and work with the Chinese company to build out their 5G networks.

That apparent vote of confidence, which is in stark contrast to the U.S. position, could see Huawei double down on its efforts and presence in the U.K.

“We will continue to invest in the U.K, we still trust in the U.K. and we hope that the U.K. will trust us even more. We will invest even more in the U.K. because, if the U.S. doesn’t trust us, then we will shift our investment from the U.S. to the U.K. on an even bigger scale,” Ren told the BBC.

The U.K’s about-turn is something of a surprise. Pressure from the U.S. saw Vodafone pause purchases from Huawei while a government panel report published last year could “provide only limited assurance that any risks to UK national security from Huawei’s involvement in the UK’s critical networks have been sufficiently mitigated.”