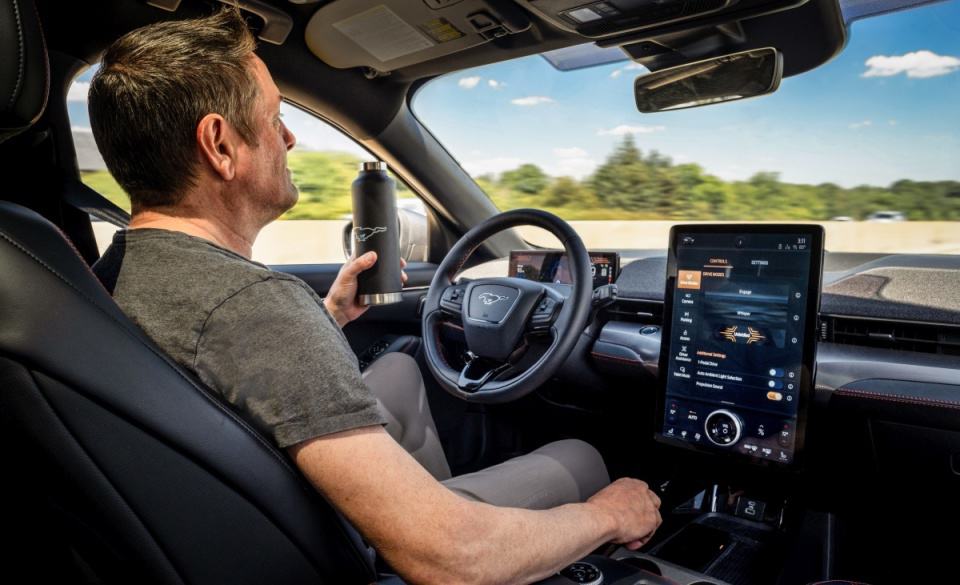 Just a couple of years ago Ford was talking up driving assist features like automatic emergency braking, lane keeping, automatic high beams and more as part of its Co-Pilot360 suite. But now in 2020 that feature list is just keeping up with the competition, and falling short of more advanced tech on the road like Tesla’s various Autopilot updates and GM’s Super Cruise, to name a few.

Now Ford is preparing upgrades for 2021 models, and its electric Mustang Mach-E will be the first one to offer the most advanced options, including a “CoPilot360 Active 2.0 Prep Package” that promises hands-free driving after a software update that owners can get at a dealer or install over-the-air in Q3 2021. 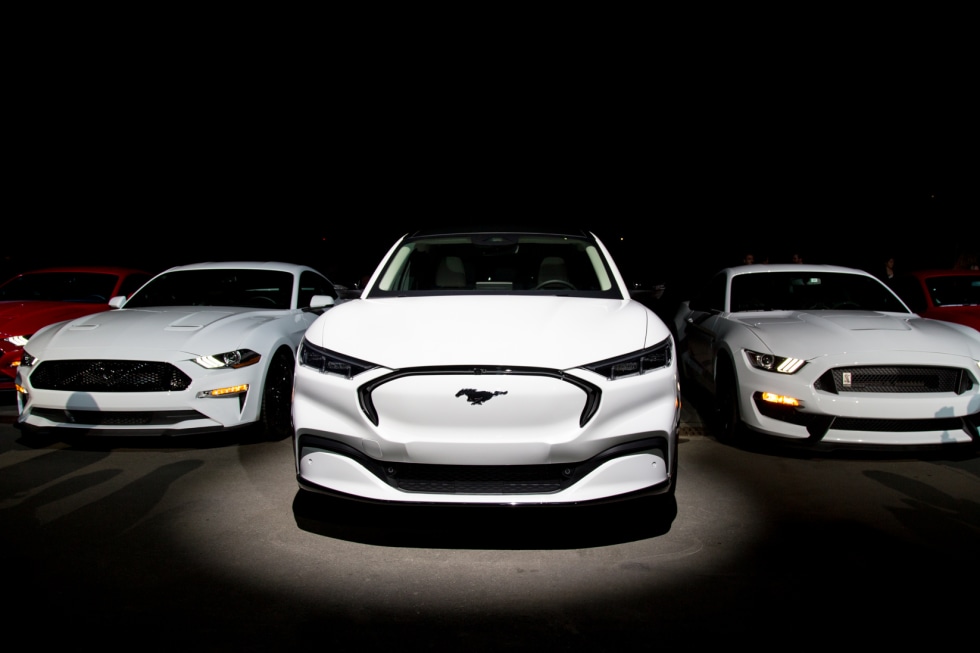 A new feature in Ford vehicles, hands-free driving on divided highways will be available as Active Drive Assist, which includes a driver-facing camera that makes sure you’re paying attention as the car maneuvers itself. Producing the package hardware-first and saying customers will be able to get the rest in a future software update resembles Tesla’s Autopilot / Full Self-Driving promises, and while Ford doesn’t go that far, it does claim there’s “the potential for more enhancements in the future.”

As long as your trip on the 100,000 miles or so of mapped highways supported across the US and Canada, then drivers can sit back with their hands off the wheel, instead of needing to keep them there as is the case with lane-keeping technology and adaptive cruise control.

GM Super Cruise tech brought a similar feature to Cadillacs a few years ago and the company is now working on an “Ultra Cruise” that supports city streets. Ford’s drive assist can respond to obstacles by stopping, or change lanes and continue on to evade a potential collision.

According to Ford’s chief product development and purchasing officer Hau Thai-Tang, “By introducing driver assist technologies like Active Drive Assist, Ford’s version of hands-free driving, we’re allowing our customers to feel more confident whenever they’re behind the wheel.” The company said it tested the system with “the mother of all road trips,” covering all kinds of traffic and weather conditions to make sure its sensors would operate consistently no matter what you’re driving through.

Other vehicles will also get Active Drive Assist features and upgraded Co-Pilot360 tech in the 2021 model year, although those packages may vary by model. In the Mach-E, the Co-Pilot360 2.0 standard package’s lane-keeping system will include Road Edge Detection that can alert a driver if their car is drifting over a line or onto the dirt and Blind-Spot assist.

Its adaptive cruise control can get the car moving again after coming to a complete stop for as long as thirty seconds — the previous system needed to be reactivated manually if the car stopped for over three seconds. It’s also adding an intersection assist that will apply the brakes if it detects an oncoming vehicle when you’re making a left turn across traffic.