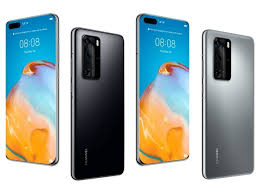 Huawei has just announced its flagship P40 smartphone series in China. The lineup includes Huawei P40 Pro Plus, P40 Pro and P40 smartphones, all of which are touted for their ‘camera innovations’. The handset will be reaching select markets starting April 9. However, it is not for sure if these will be launching in India anytime soon.

Huawei P40 Pro Plus is the most powerful smartphone in the series. The handset comes in Ceramic White and Black colour variants and has a 6.5-inch OLED screen with 2640×1200 pixels resolution and 90Hz refresh rate. Powered by company’s own Kirin 990 5G processor, the smartphone also features Mali-G76 GPU and dual-core NPU as well. The processor is clubbed with 8GB RAM along with 256GB or 512GB inbuilt storage with support for external card.

Also read:Samsung and Huawei come out on top as global smartphone market grows for first time in two years

Being a camera centric smartphone, the Huawei P40 Pro Plus has a 50-megapixel ‘Ultra perpetual’ camera at the back with f/1.9 aperture and OIS along with a 40-megapixel ultra-wide camera (f/1.8), 8-megapixel super zoom camera with 10x optical zoom and f/4.4 aperture, and an 8-megapixel telephoto camera with f/2.4 aperture, OIS, and 3x optical zoom. These four sensors come in addition to a 3D sensor for better depth sensing tech. The rear camera also has the ability to zoom 100x digitally, shoot videos using 16-in-1 pixel binning tech and in 7680fps Ultra Slow-Motion as well. Some other camera features included are directional audio zoom, 4K time lapse video and real time video bokeh.

For selfie lovers, the smartphone comes with a 32-megapixel camera and an IR depth sensor, both of which are placed inside a cut out in the top left corner of the screen. The depth sensor aims to deliver better portrait shots in addition to Multi-spectrum Colour Temperature Sensor and AI AWB algorithm for colour boosting accuracy and faster face unlock.

The smartphone runs EMUI based on Android 10 and is backed by a 4200mAh battery with the support for 40W fast charging tech.

The Huawei P40 Pro comes in more colour variants – Frost Silver, Morning Gold, Zero-degree White, Bright Black and Deep Sea Blue. It has the same display and processor as the P40 Pro Plus but comes in an additional 128GB storage model. Besides the 50-megapixel and 40-megapixel sensors, this one has a 12-megapixel telephoto zoom lens and a 3D sensor for better depth recognition. There is no Super Zoom camera as seen in the ‘Plus’ model. Rest of the specs including front-facing camera and the battery stay the same as Huawei P40 Pro Plus.

The least powerful in the series, the Huawei P40 comes in similar colour models as the P40 Pro and a smaller 6.1-inch OLED screen with lesser FHD+ (2340×1080 pixels) resolution. It comes in 8GB+128GB/256GB and 6GB+128GB models. On the camera front you get a 50-megapixel primary camera + 16-megapixel ultra-wide angle camera and an 8-megapixel telephoto camera. The front camera specs remain the same as the P40 Pro and the P40 Pro Plus. The device is backed by a 3800mAh battery without 40W fast charging tech.