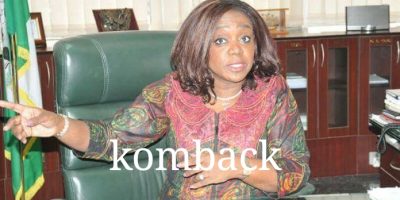 The move is coming almost three years after the previous administration rolled out the initiative among a cocktail of measures to boost revenue with the precipitous decline in oil price from mid-June 2014.

Adeosun said the new drive followed the signing of a policy to tax first and business class tickets as well as other luxury goods.

She made these disclosures in a Facebook interaction with Nigerians, where she was asked whether or not there was a plan to tax both classes of tickets as well as sundry luxury items. She simply responded: I think yes. We signed something yesterday on luxury goods: champagne, brandy, whiskey, wine, jewellery, high-end jewellery.

We’ve signed something that will bill access charge on first class and business class tickets; we are just doing the final part of the implementation and we also want to try and amend the tax payer book on high-end cars, luxury cars.

She assured Nigerians that the proceeds would be deployed into turning Nigeria into what it was in the past.

According to her, If we move our tax-to-GDP ratio up, it means two things: One, we will be able to provide more services to our people. Many of the things we are not able to do are a function of the fact that we don’t have enough money.

So what is in it for the citizens. If everybody pays, there will be far more money in the pool to be spent on the services that we need.
These things are what we call public goods, and they are funded from taxes.

We could do so much more in the economy if we had the money. If our public school system improves, many people who are currently paying school fees will move their children back into the public schools.

The minister noted that a lot of people that were very successful today were educated in public schools because such schools were good, stressing: We can recreate that; same with the health system.

A lot of people die needlessly because we don’t have the right health facilities.
However, she clarified that Nigerians living and working abroad, and paying taxes in those countries do not have to pay taxes in Nigeria.