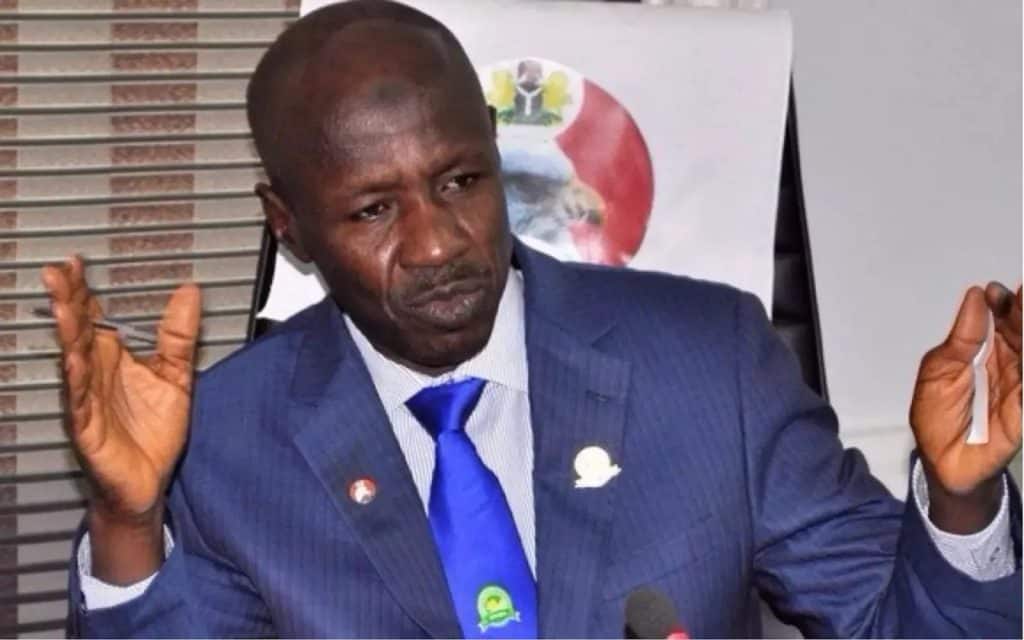 Ibrahim Magu, the acting Chairman of the Economic and Financial Crimes Commission, EFCC, has reacted to the arrest of Nigerian Instagram celebrity, Ramon Abbas, also known as Hushpuppi.

Magu distanced EFCC from Hushpuppi’s arrest, saying the commission was not involved in it.

Interpol in connection with the Federal Bureau of Investigation, FBI, had arrested Hushpuppi over alleged fraud.

He was accused of hacking into the United States, US, unemployed database and defrauding them of over $100 million meant for Native Americans in the battle against the coronavirus.

Hushpuppi’s arrest had drawn mixed reactions from Nigerians. While some condemned him others were sympathetic.

Interpol, however, confirmed the arrest of Hushpuppi, saying the Instagram celebrity would be extradited to Nigeria to face fraud charges.

However, the EFCC Chairman in a chat with TVC News Journalists Hangout, on Friday evening, said EFCC was ready to take over the case if it was handed over to the Commission.

According to Magu: “We are yet to be involved in the case of Hushpuppi, but if they happen to give us this thing (details) we would assist.

“We are not all about arresting, prosecuting and chasing internet fraudsters, and taking away the proceeds of their crime, but we are also trying to see whether we can rehabilitate them.

“Because most of these boys are either undergraduate or graduate from higher institutions so that they can be better people to our country.

“The menace of Yahoo boys is also a course of concern, we are collaborating with other law enforcement agencies.

“Yahoo boys have an association with their mothers who do not feel what their children are doing is a crime actually. It is called the “Yahoo Yahoo Mothers Association, a situation where the mother would go abroad and the child would stay there and help them syphon funds from credit card fraud.