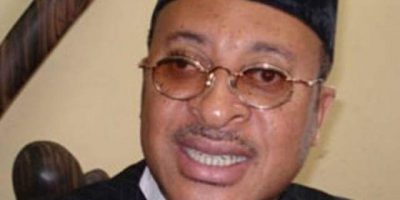 Renowned political economist, Prof. Pat Utomi, has disowned a secessionist organisation, Biafra Zionist Federation, which nominated him and few others as cabinet members of the proposed Biafra Republic.

Utomi in an interview with Sunday Punch said he ignored the group since it came up with its statement on the cabinet list because he didn’t want to attach any importance to their activities.

He said, I have never heard of those people before. I have never met them. Nnamdi Kanu was created by people who arrested him and we’re still making the same mistake all over again.

When you people (media) give credence to those kinds of people and begin to discuss them, tomorrow, they get taken seriously. So, I think the best thing to do is to ignore those kinds of things.

Utomi and some prominent Nigerians named as Biafra cabinet members by BZF, have been reportedly placed under watch by the Department of State Services.

The Federal Government according to reports wondered why none of those on the BZF list had reacted more than 72 hours after their names were announced by the secessionist group.

The President-General of Ohanaeze Ndigbo, Nnia Nwodo, was named as the Ambassador of the Republic of Biafra to the United States, while a former Minister of Information, Prof. Jerry Gana, from Niger State, was appointed the transportation minister.