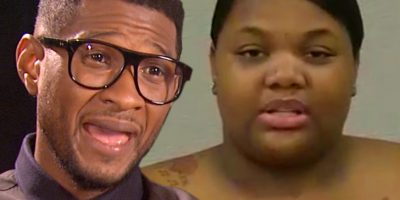 Usher in no way, shape or form had sex with Quantasia who came forward and claimed he exposed her to the herpes virus, because he’s just not into her type … so he’s telling his close circle.

Quantasia Sharpton claims Usher picked her out of the audience at a concert, got her number, and went over to her hotel room where they had sex. She claims he didn’t tell her he allegedly had genital herpes.

Our sources say Usher told them he may have pulled her up onstage … he doesn’t remember, but he absolutely didn’t hook up with her.

As for why he may have picked Sharpton out of the crowd and brought her onstage, the sources say Usher “looks to bring a diverse group of people up onstage, not just supermodels.”

One source says he believes it’s “an esteem booster” to choose various people Usher sees in the audience and single them out.

Usher’s headache began last month when a different woman filed a $10 million lawsuit against him, claiming that he gave her herpes during unprotected sex.