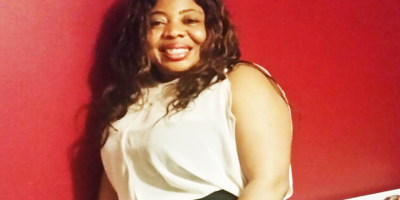 Cameroon Journal, London . Her last name appears to be a mystery. Many people who do business with her know her basically as Therese Moneyline.

Therese Moneyline is in the Currency Exchange business in London, UK. For people who want to avoid excessive MoneyGram and Western Union charges in London, sending or receiving money from Cameroon, Therese is their alternative because she has convinced them to believe that she offers same services at inexpensive rates.

The only problem though with Therese is that if you are not lucky enough, you either will not receive your funds in the right amount or on time. And she has no worries admitting it.

A whistleblower who reached out to the Cameroon Journal recently, disclosed that Therese is using the business to dupe vulnerable Cameroonians, most especially those with undocumented status in the UK.

Relating her personal experience with Therese Moneyline, she said that in June, her parents were about sending her money from Cameroon to the UK.

Because MoneyGram and Western Union charges would be outrageous, she said a friend in London introduced her to Therese Moneyline. (This was actually her second dealing with Therese).

For the purpose of the transaction, she said Therese connected her family to an Ecobank account in the name of a certain Chi Valentine. The family deposited 2million FRS CFA in the account in a Yaounde branch.

The funds will then be made accessible to Therese in London and she will turn around and pay its equivalence to our source in British Pounds, for a fee.

On June 11 this year, our source said, the family deposited two million CFA FRS through the Ecobank account number 0200142602335501 in Yaound. Both our source and Therese speaking to The Cameroon Journal, confirmed that Therese

After the money was sent, I waited for one week patiently, in the second week I was chasing, in the third week I was begging and in the fourth week I was threatening. The victim told The Cameroon Journal.

With the mounted pressure and threats of involving the London Police, Therese finally made three instalment payments totaling 1500 pounds out of a total of 2600 pounds. She has since refused to pay the balance.

When the Cameroon Journal reached Therese in London, she acknowledged the transaction but contested profusely that she’s still owing anything in the transaction.

She claimed that the victim was ignorant of the exchange rate, that’s why she is still expecting more. When asked the total sum she paid out to the victim, she won’t tell the Journal the amount, instead trying to dick out from us the amount the victim says she still owes.

When we will not disclose it, she resorted to trash talking against her, threatening that she will sue if The Journal dares publish anything about her. She acknowledged that she delayed making payments for the money but that it was only for two days.

A witness who introduced the victim to Therese, told The Cameroon Journal, however, that he too was a victim of Therese, that Therese is in the habit of taking people’s funds and either not paying in full or when she does, it

can take weeks or months for her to do so. We asked Therese why she is in the habit of blocking her creditors from reaching her as in the case of the victim here, she said she did so because the victim kept on calling her while at work. However, this too isn’t true because even at press time, she still won’t pick up calls from the victim. She has had her blocked for over a month.

The whistle blower here isn’t the first victim of Therese Moneyline. We gathered that many undocumented Cameroonians  especially students, who use her to transfer money from Cameroon suffer similar experiences but unfortunately they can’t take any measures against her because of their illegal status in the UK. Therese, however, also denied the allegation, referring to all of it as blackmail. A witness she put on the phone to collaborate her story had earlier contradicted her.