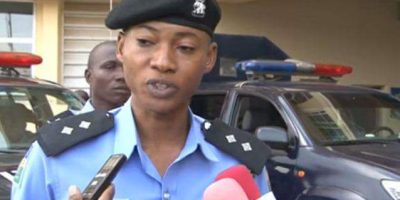 WE STOPPED ANTI-BUHARI PROTEST BECAUSE IT WAS HIJACKED BY HOODLUMS – POLICE
The federal capital territory police command says it stopped the protest demanding that President Muhammadu Buhari either resume office or resign because it was hijacked by hoodlums.
Anti-riot policemen on Tuesday fired teargas canisters and high-velocity stream of water at protesters who converged on Unity Fountain in Abuja.
Charly Boy, a leader of the protest, collapsed after inhaling the asphyxiating gas.
In a statement issued by Anjuguri Manzah, FCT police spokesman, hours after the incident, the command said the protesters became violent.
?The FCT police command in the early hours of today August 8, 2017 intervened and prevented breakdown of law and order, and disturbance of public peace in the federal capital territory (FCT), Abuja by dispersing some miscreants, hoodlums and other criminal elements that have infiltrated the protest being carried out by a group of concerned Nigerians under the auspices of Our-Mumu-Don-do Movement at Unity Fountain, Maitama, Abuja,? it said.
?Today August, 8 2017 the same group assembled at the same venue but allowed miscreants, hoodlums and other unruly individuals to infiltrate the protests, who started blocking the major roads adjoining the Unity Fountain, obstructing traffic and preventing movements of other innocent citizens from going to their means of livelihood, and thereby exhibiting unruly behaviour and other violent acts very likely to cause the breakdown of law and order and disturbance of public peace. The Police personnel intervened at the point that the concerned Nigerians group lost control of the crowd and prevented miscreants, hoodlums and other criminal elements from hijacking the protest to cause mayhem and chaos.?