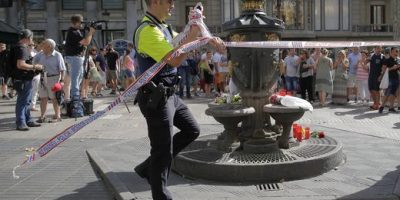 Spain Attacks: Terror timeline. Fourteen civilians have been killed and many more injured in two terror attacks within 12 hours in Spain. Four people have been arrested and a manhunt is under way for one of the attackers.

Here’s what we know about how events unfolded.
Wednesday 16 August: Explosion at house, Alcanar

An explosion at a house in the small town of Alcanar, 200km south of Barcelona, killed one person and wounded seven.

The house was filled with bottles of propane and butane, Spanish newspaper El Pais reported (in Spanish).

The attackers were planning bigger attacks than the ones they carried out, Catalan police said.

Officers believe the group had been preparing the attacks at the Alcanar house, but that material they were planning to use was destroyed in the blast.
Image caption The house where an explosion took place the day before the attack
Suspects killed
What we know so far
Pictures of the aftermath

A white van smashed into people on Las Ramblas, a popular boulevard in central Barcelona packed with tourists.

The van driver is said to have swerved to try to hit as many people as possible along the pedestrianised area, knocking many to the ground and sending others fleeing for cover in shops and cafes.

He killed 13 people and injured more than 100 before fleeing the scene.

Spanish police have described it as a terror attack and a massive manhunt is under way for the man suspected of carrying out the attack.

Spanish media have named him as Moussa Oukabir, thought to be 17 years old. He is suspected of using his brother’s documents to rent the van used.

Officers said the van was hired at the same time as the Fiat used in the Barcelona attack.
Friday 18 August: Second terror attack, Cambrils

In the early hours of Friday, about eight hours after the Barcelona attack, an Audi A3 car ploughed into pedestrians in the popular seaside resort town of Cambrils, 110km (68 miles) south-west of Barcelona.

The attackers’ vehicle overturned and police shot four of the five attackers dead. The fifth was shot shortly after and died later.

The men were wearing what appeared to be explosive belts, police said, and controlled explosions were carried out. The belts later proved to be fake.
Source:NewsNow. 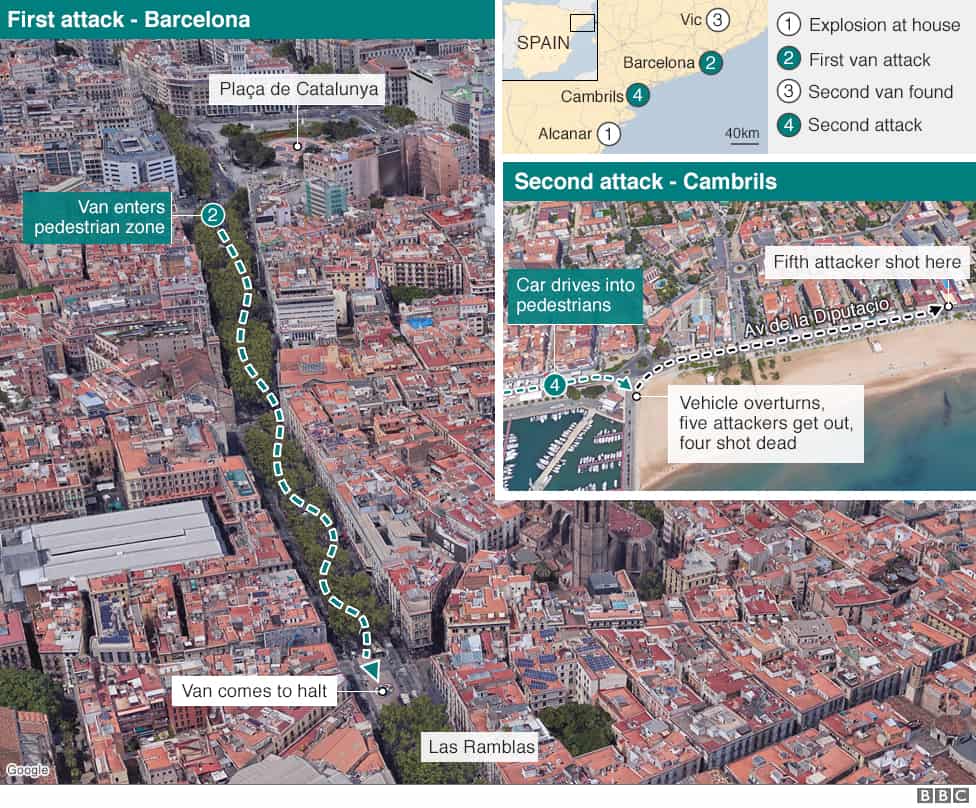 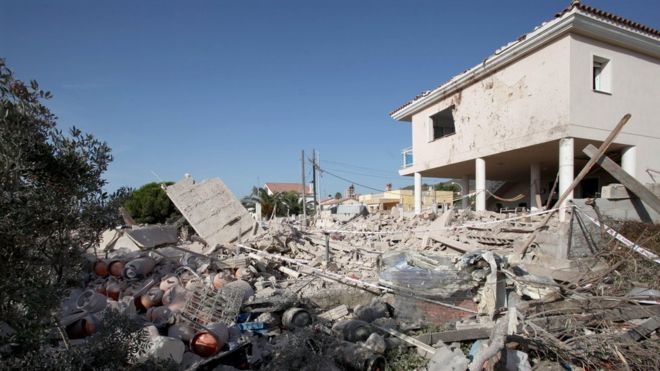 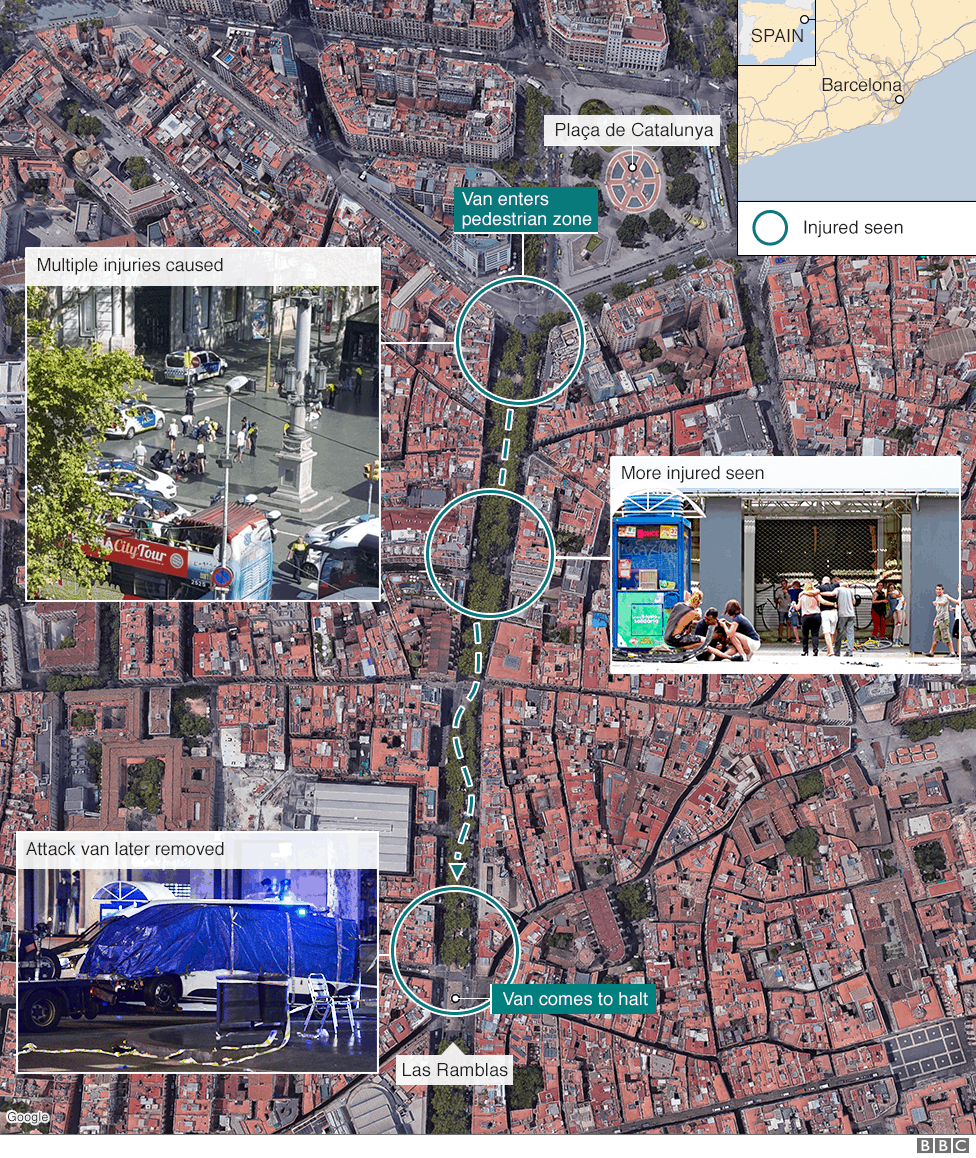