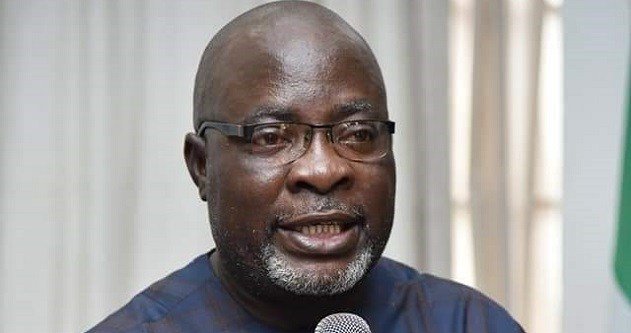 The Peoples Democratic Party (PDP) has reacted to the arrest of lawyer and son-in-law to its presidential candidate in the last election, Atiku Abubakar, by the Economic and Financial Crimes Commission (EFCC).

The EFCC had arrested Atiku’s lawyer, Uyi Giwa Osagie, and his son-in-law, Abdullahi Babalele, over alleged laundering of $2 million.

But in a statement on Friday issued in Abuja, PDP spokesman, Kola Ologbondiyan, said President Muhammadu Buhari and the All Progressives Congress (APC), unable to defend their presidential election victory, had become nervous and now looking for every means to bring Atiku down.

“It is despicable that the Buhari Presidency and the APC have not yet realized that Nigerians are aware that since their defence fell apart at the Presidential Election Petitions Tribunal, they have become nervous and desperate to invent any means to frame and drag down Atiku Abubakar; a plot that has already failed,” the party said.

“It is indeed not surprising that the APC, in its desperation, is now playing opposition, which is a role fitting of it, being that it does not have the mandate of the people; the very reason it cannot command the respect, loyalty and support of the citizens in the midst of its misrule.

“The PDP maintains that Atiku Abubakar, as a leader of choice, has never faltered in displaying the highest sense of patriotism, restrain and decorum in his positions on national issues and, standing with overwhelming majority of Nigerians, cannot be intimidated or distracted from pursing the retrieval of his stolen Presidential mandate at the tribunal.

“Instead of fixating on Atiku, the APC should help the Commander-in-Chief to provide answers for escalated insecurity in our country under his watch; with insurgents, marauders, bandits and kidnappers holding our nation hostage and turning her into a killing field and large funeral palour in the last four years.

“Furthermore, the APC should rather be helping President Buhari to answer Nigerians on how his administration wrecked our once robust economy, entrenched corruption, frittered trillions of naira, turned our nation
into world poverty capital and foisted joblessness”.https://www.komback.com