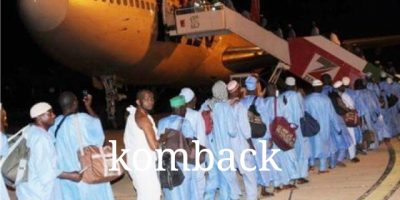 The Senate and the Central Bank of Nigeria (CBN) may be on a collision course over the lawmakers N200 per dollar proposal for Muslims undertaking pilgrimage to Mecca this year.

A directive had earlier been given to CBN to provide the needed foreign exchange for N305 per dollar to intending pilgrims, but was considered too high by the upper chamber of the National Assembly.

Only economic activities and institutions classified under the ?critical sectors access the dollar at N305, and religious pilgrimages do not fit in. This shows a nation that is yet to get its priorities right as sectors that could improve the socio-economic wellbeing of the citizens are not given such priority.

By the lawmakers proposal of N200/$, government will be subsidising the entire exercise with N78.75 billion, if all of the 100,000 hajj slots approved by Saudi Arabia are utilized.

But at N305 per dollar, government will subsidise the exercise by N55 per dollar as the Business/Personal Travel Allowances are currently pegged at N360 per dollar, resulting in a total of N26.95 billion.

In 2016, the same controversy over the exchange rate to be applied for intending pilgrims came up, just as they were offered a concession at N191, when the market rate was trending at near N300 per dollar on the basis that the payment had been made before the monetary policy switch.

The Guardian’s enquiries from the Head of Media, National Hajj Commission of Nigeria, Uba Mana, through calls and text messages were not responded to. But a top source from CBN yesterday told The Guardian that even government itself was not getting the dollar at that amount proposed by the lawmakers.

The Senate is not the executive arm of government and I think what they did was to express themselves or their wish, not a mandate. CBN is still an independent institution and so acknowledged worldwide.

Dr. Bakare Ibrahim of the Department of Economics, Lagos State University, said despite the religious necessity, the outcome of those yearly rituals had not rubbed off on the desired peaceful coexistence and the economy at large. From the economic point of view, the investments therein are not worth it. We have more fundamental questions waiting for attention, particularly the poverty level and the troublesome foreign exchange.

I think government should moderate its support, rather than depleting the savings overtime. But must the rich benefit from the subsidies. Is it that if we do what is right here God will not hear our prayers. We must begin to think of local content in our religious practices, he said.

Alarming as it sounds, official attitudes are not changing. For instance, Governor Aminu Masari, who lamented yesterday that not less than N1 billion is spent annually to provide subsidy for hajj in Katsina State went ahead to inaugurate an 18-member pilgrims welfare board for the state and explained that the subsidy was meant to ensure the well being of pilgrims during their stay in Saudi Arabia.

He reminded the intending pilgrims that the exercise is not picnicking or holiday making, but an act of worship as enshrined in the holy book.

He urged them to persevere and reflect on pioneer Muslims who performed the exercise in much more difficult ways than what is obtainable in modern times.

The governor recalled that early Muslims spent years trekking barefooted to Saudi Arabia, with no good accommodation, and no 24 hours supply of electricity to perform the exercise.

Also, the Borno State government has commenced the inoculation of 1, 700 intending pilgrims against yellow fever and other diseases, before being airlifted to Saudi Arabia for this year’s hajj .

The inoculation , according to the Executive Secretary of Borno State Pilgrims Welfare Board (BPWB), Alhaji Ajagana Bukar, was to prevent being accused by the Saudi authorities of allowing unimmunsed pilgrims from Nigeria to perform the hajj.

His words: The inoculations have become inevitable to avoid Saudi authorities incessant accusations and allegations against pilgrims officials from this country. Most of the pilgrims from Nigeria do not go through the necessary immunisation .
-Guardian