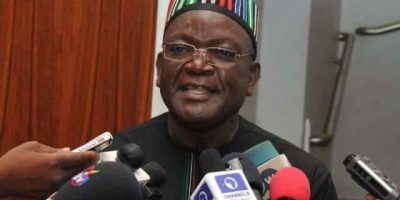 Benue State Governor, Samuel Ortom, yesterday explained that in spite of the current economic difficulties in the country, he had ensured that every state government worker got paid at least once in two months. He spoke at the funeral of the late Atese Rebecca Terkpe, in Taraku, Gwer Local Government Area of the state.
The governor said it became necessary to make the clarification because of the erroneous impression being created in some quarters that he had not paid salaries for upwards of 10 months at a stretch. He said he kept to his agreement with labour leaders that as a result of insufficient funds, the federal allocation of two months would be combined to pay one month’s complete salary for workers, stating that it was the accumulation of the unpaid months that had given such wrong impression.
The governor said he inherited a monthly wage bill of N8.2 billion, including pensions and overheads without the minimum wage for primary school teachers, stressing that with the various screening exercises; his administration was able to reduce the bill to N7.8 billion even with the payment of minimum wage for teachers. He added that at the moment, he needed about N40 billion to clear all arrears of salaries being owed all categories of workers on the payroll of the state government, pointing out that if he was able to recover the N107 billion looted from the coffers of the state, he would be able to pay the arrears and have surplus for infrastructural development.