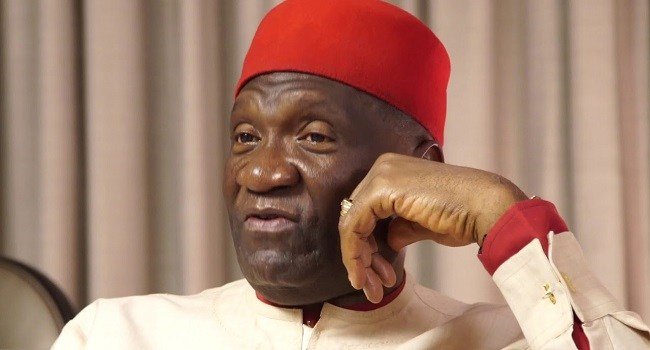 The Ohanaeze Ndigbo Youth Council (OYC) Worldwide on Tuesday said it would deploy everything possible to stop the 2023 presidential ambition of the All Progressives Congress (APC) national leader, Bola Tinubu.

In a statement by its Secretary General, Mazi Okwu Nnabuike, the group said Ndigbo would be mobilized in the Southwest to thwart any plan by Tinubu to lead the country.

The group accused Tinubu of instigating anti-Igbo sentiments, especially during the 2015 and 2019 presidential elections.

Justifying their claims, the group cited the Oba of Lagos’ “threat of drowning Igbo voters inside the lagoon and the secret mobilization of OPC boys to chase away potential Igbo voters in some quarters in the South West especially Lagos state”.

They also asked the APC leader to clear himself of the “allegations of fighting Igbos not to be part of President Muhammadu Buhari government, resisting the plea of Northern Elders Forum for Buhari to appoint an Igbo as Secretary to the Federal Government in 2015, provocative onslaught against the Igbos through demolition of markets in areas Igbos won some Federal and State Legislative seats in Lagos”.

They further claimed “Northerners are now wiser than 2015 where they blindly entered political alliance with South West that solely benefitted Tinubu political dynasty.”

It added that “they have clearly seen that Tinubu’s Presidency will divide Nigeria along ethnic and religious lines.”

OYC noted that “As the political pact and alliance between the North and South West led by Tinubu seems crumbling, the road is cleared for the re-alignment of the North and Eastern Region becomes more feasible.”

The group , however urged Igbo to embrace the North to have a chance to succeed President Muhammadu Buhari in 2023.