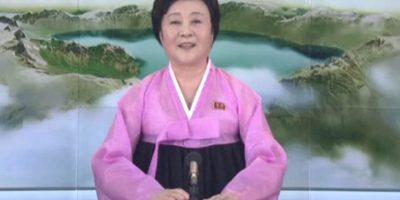 SEOUL, South Korea ? Defectors who lived near North Korea?s nuclear testing site say they believe they are suffering from exposure to radiation and fear for the health of family members still living there.

But back home, things are much worse, she says.

“So many people died we began calling it ‘ghost disease,'” she said. “We thought we were dying because we were poor and we ate badly. Now we know it was the radiation.”

As Lee rubs her sore right leg in the office of SAND, a nongovernmental organization in Seoul that advocates human rights in North Korea, she recounted how she was caught trying to flee the country in 2003.

She eventually escaped in 2010 from her home in Kilju County, home of North Korea?s nuclear testing site, Punggye-ri.

During the last seven years Lee lived in the North, the leader at the time, Kim Jong Il, test-detonated two nuclear bombs near her home. Since Kim’s death in 2011, his son and heir, Kim Jong Un, has tested four more. He claimed the one tested in September was a hydrogen bomb.

According to the World Health Organization, radiation can impair the functioning of tissues and organs, depending on the level of exposure. At lower doses, it says, there?s a long-term risk of cancer.

Lee and other defectors are adamant these tests have had a detrimental effect on their health. The scientific evidence and expert opinion, however, is not so conclusive.

South Korea?s Ministry of Unification has been testing Lee and 29 other defectors from Kilju for radiation contamination. Lee told NBC News that her test results have already come back ? and they?re clean.

Related: They fled North Korea but are paying a heavy price

And aside from the testimony of Lee and others, it’s hard to verify radiation as the cause of the widespread illnesses, such as leukemia and other cancers, that defectors say have been ravaging Kilju.

Suh Kune-yull, a professor of nuclear engineering at Seoul National University (SNU), says the reality is that researchers are suffering from a “total lack of data.”

“I don?t think they?re lying,” Kune-yull says of the defectors. “We have to take their word, but I don?t have much reliable information.”

A woman walks before houses in a village near Kimchaek on North Korea’s northeast coast. It is located about 22 miles south of Kilju. Ed Jones / AFP – Getty Images

A spokesman for the Korea Institute of Nuclear Safety told NBC News it?s “assumed” that exposure to radioactive material from the underground test site is excessive, but it?s difficult to confirm.

Both Lee and Rhee Yeong Sil, another defector at the SAND office, say for years they had no idea North Korea was testing nuclear devices. They ignored the tremors and only discovered the truth after fleeing their homeland.

Rhee, who is in her 60s and defected in 2013, says that she lived just a few miles from the Punggye-ri test site, and that her neighbor gave birth to a deformed baby.

“We couldn?t determine the gender of the baby, because it didn?t have any genitals,” Rhee says. “In North Korea, deformed babies are usually killed. So the parents killed the baby.

Some of Rhee and Lee?s claims of radiation exposure date to the 1990s and even the 1980s, raising questions about whether something other than a nuclear test could have contaminated the environment and made people sick.

While the country’s first nuclear test wasn?t until 2006, the defectors tell stories of trout dying in the mountain streams and the area’s prized pine mushrooms disappearing long before then.

The president of SAND, Choi Kyung Hui, who is also a defector but not from Kilju, suggested military activity at Punggye-ri in the years leading up to the tests could explain contamination in the area.

But Ferenc Dalnoki-Veress, a scientist-in-residence at the James Martin Center for Nonproliferation Studies in Monterey, California, has doubts that radiation damaged the environment and residents’ health.

He said that if any radioactive material had leaked, even from a reported tunnel collapse this month following the sixth test, powerful sensors in the region that “sniff” the atmosphere would have detected it. The same goes for previous tests, he said.

Days after the sixth test, the South Korean government announced it had detected trace amounts of radioactive xenon, though it never said conclusively where it came from.

Ferenc says it?s “very, very unlikely” that it came from the Punggye-ri site. He?s also skeptical of groundwater contamination. Testing near water-saturated rock, he says, could build up steam that vents contaminants into the air. That, he says, is in no one?s interest.

Both Lee and Rhee keep in touch with their families when they can, using cellphones smuggled into North Korea from China.

Rhee says her family is sick, with headaches and vomiting, but no medicine helps. She?s surprised that in her new home, even the rights of animals are protected. But back in North Korea, she says, the health of her people is ignored.