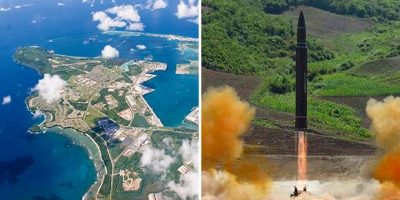 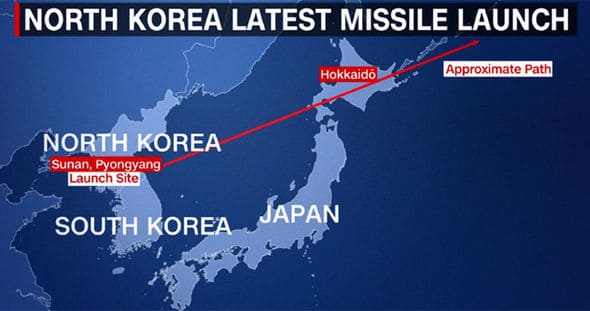 The assertion was made in an editorial that also states the Paektusan army is now on the standby to launch fire into its mainland, waiting for an order of final attack.

The editorial in North Korea state on Saturday also said the U.S. finds itself in an ever worsening dilemma, being thrown into the grip of extreme security unrest by the DPRK. This is tragicomedy of its own making. If the Trump administration does not want the American empire to meet its tragic doom in its tenure, they had better talk and act properly.

The editorial appears to be in response to a series of comments made by Trump in recent days, most recently Friday that the United States is locked and loaded.

The president’s recent comments are in response to Kim threatening a missile attack on U.S. territory Guam.

Trump, meanwhile, continues to pursue a diplomatic solution to North Korea’s purported development of a nuclear warhead that could reach the United States and other countries on an intercontinental ballistic missile.

The White House says Trump has a phone conversation Friday with Chinese President Xi Jinping in which the leaders reiterated their commitment to the de-nuclearization of the Korean Peninsula.

The president also saluted Xi for China’s recent United Nations vote to impose tougher sanctions on North Korea state, in response the country’s escalating pursuit of nuclear weapons, according to the White House.

As the crisis has unfolded, Trump has alternated praising China for its help and chiding it for not doing more.

The White House says Trump also told Xi he looked forward to seeing him in China later this year.

During Trump’s phone conversation Friday with Xi, the Chinese leader also requested that the U.S. and North Korea tone down their recent rhetoric and avoid actions that could worsen tensions between the two nations, Chinese Central Television reported.

At present, the relevant parties must maintain restraint and avoid words and deeds that would exacerbate the tension on the Korean Peninsula, Xi was quoted as saying.

Trump has urged China to pressure North Korea state to halt its nuclear weapons program, which North Korea says is nearing the capability of targeting the United States.

China is the North’s biggest economic partner and source of aid, but says it alone can’t compel Pyongyang to end its nuclear and missile programs.

Trump also spoke this weekend with Guam Gov. Eddie Calvo, reassuring him that U.S. military forces stand ready to ensure the safety and security of the U.S. territory, a White House statement said.

Meanwhile, Japanese Prime Minister Shinzo Abe pledged Saturday to do everything, to the best of my ability, to protect his nation’s people as tensions escalate over North Korea’s plans to send missiles over Japan toward Guam.

On Friday, Japan’s Defense Ministry said it was deploying four surface-to-air Patriot interceptors in western Japan to respond to a possible risk of fragments falling from missiles.