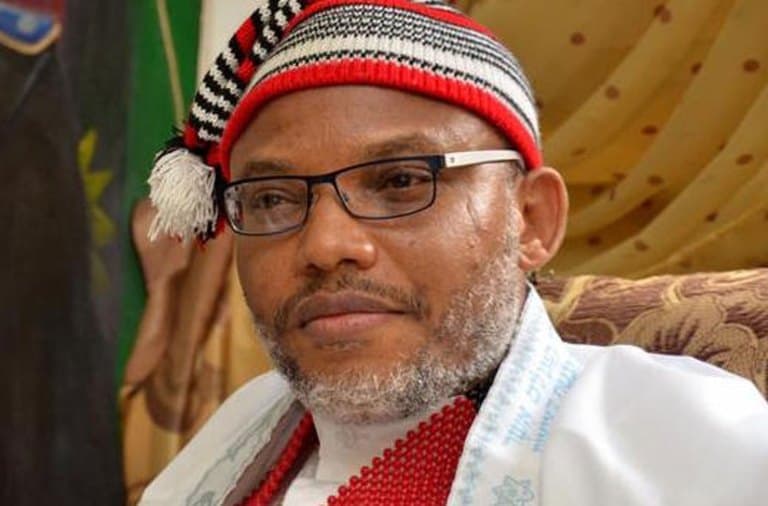 BY UGOCHUKWU ALARIBE
UMUAHIA-Leader of the Indigenous People of Biafra, IPOB, Mazi Nnamdi Kanu has lauded the 2019 Presidential candidate of the African Action Congress, AAC, Omoyele Sowore, for calling for a revolution in Nigeria, describing the call as the highest form of bravery.
Nnamdi Kanu Kanu, however, stated that Sowore’s arrest by the DSS and the attempts by security agencies to stop the RevolutionNow protest was an affront to decency, justice and fair play.
Nnamdi stated that it should bother right thinking Nigerians on how an action that was described as a right just five years ago, suddenly became a treasonable offence under the All Progressives Congress (APC) led Federal Government.
Kanu, who was referring to the salvation rally of 2014 where President Buhari, former APC national Chairman, John Odigie Oyegun, former Rivers State governor, Chibuike Amaechi led thousands of party faithful in a protest rally in Abuja, said it defiles logic why the FG termed Sowore’s call for protest illegal and treasonable.
He said it is laughable that the same set of persons who in 2014 called for a revolution and organized a nationwide street protest against the democratically elected government of Goodluck Jonathan now see similar move as a treasonable offence under their own regime.
In his words,This same set of people now in Aso Rock and their media friends that came out on the street to march, protest and call for revolution against President Jonathan in 2014, are today the same bunch of despicable reprobates against any form of lawful dissent, protest or revolution against their regime.
This is not only laughable, but an affront to decency, justice and fair play. Apparently, the occupants of Aso Rock are telling the world they can call for a revolution and street protest against the then sitting President Goodluck Jonathan, but nobody is allowed to protest against them.
Pathetically some of these poorly educated fellows from their ‘presidency’ come on their national television to shamelessly provide a flimsy defence of what is clearly indefensible. The same thing late Buhari did in 2014 by openly calling for a revolution and organizing nationwide street protests with the likes of Bola Ahmed Tinubu against the democratically elected government of Goodluck Jonathan is now a treasonable offence under their rule.
Why didn’t Buhari, Abba Kyari, El-Rufai, Tinubu et al wait for the election of 2015 to remove Jonathan before embarking on their 2014 Revolution as they are now sanctimoniously preaching.
Why did they take to the streets in protest, an action they themselves openly tagged a revolution, before an election.The only language this Abba Kyari led Fulani cabal in Aso Rock understand is consistent mass action and civil disobedience. IPOB has done and is still doing it and so too the Shiite.
He called on the Yoruba nation and Nigerians to rally round Omoleye Sowore and mount pressure on the government to ensure his release in order to avoid indefinite detention.
What Sowore did in calling for a revolution in Nigeria is the highest form of bravery. Protests should continue and if need be intensified, especially in Yorubaland, until Omoleye Sowore is set free.https://www.komback.com
Source:News Now.