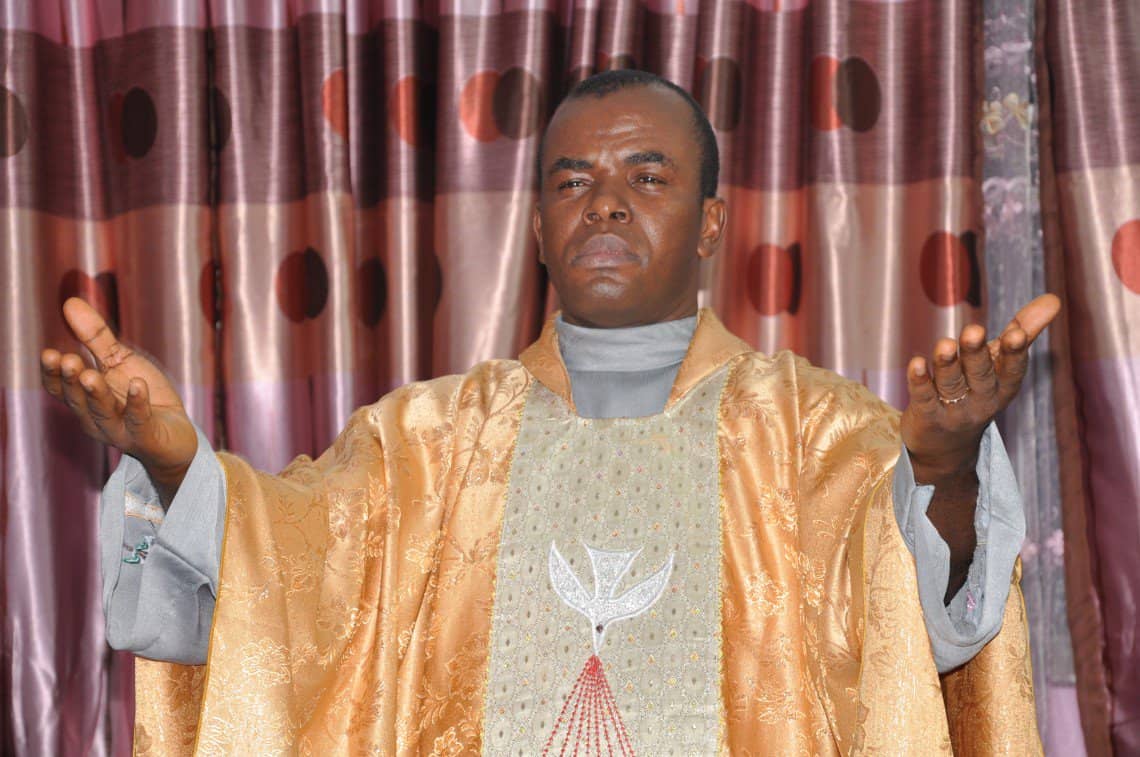 Mr. Val Nnadozie, an ally to fiery Enugu priest, the Rev. Fr. Ejike Mbaka has described as an act of mischief, a report, with an accompanying picture, claiming that the priest was on the streets protesting the murder of another Catholic priest in Enugu State, Rev. Fr. Paul Offu.

DAILY POST reports that some priests had staged protest over the killing of their colleague by gunmen.

Fr. Mbaka was said to have also stormed the streets in protest.

But in a statement he issued on Saturday, Nnadozie said the report was an act of wickedness.

“I am shocked to see that some unscrupulous individuals using equally unscrupulous media houses decided to associate Rev. Fr. Ejike Camillus Mbaka with the protests by some Rev Frs of Enugu Dioceses on the 02/08/2019, and I wish to state that as much as Fr. Mbaka grieves on the murder of Fr. Offu, he was nowhere near Enugu as at the time of the protest.

I Mr. Valentine Nnaedozie picked Rev. Fr. Ejike Mbaka up from Abuja airport at about 8pm being Thursday 1st of August 2019, him having travelled through Lagos after attending the all Enugu Diocessan Priests’ meeting with the Bishop.

In the morning of 02/08/2019, I took him to the Chinese Embassy for his Visa appointment and later dropped him at the airport to catch his 4pm flight to Enugu so he couldn’t have been seen at Enugu holding the placard as reported by a section of the media.

Why must people try to rope in Fr. Mbaka’s name wickedly into such a serious issue. This is because as at the time of this publication, he was still in the Chinese embassy.
I was with him when the news of the murder was broken to him, he cried. I was with him as he made calls to ascertain the authenticity of the news.

This is just to put the records straight. We shall trace those behind the fake news and find out why someone would take the face of Fr. Mbaka and put on the body of another person who was part of the protest and bring them to justice.”