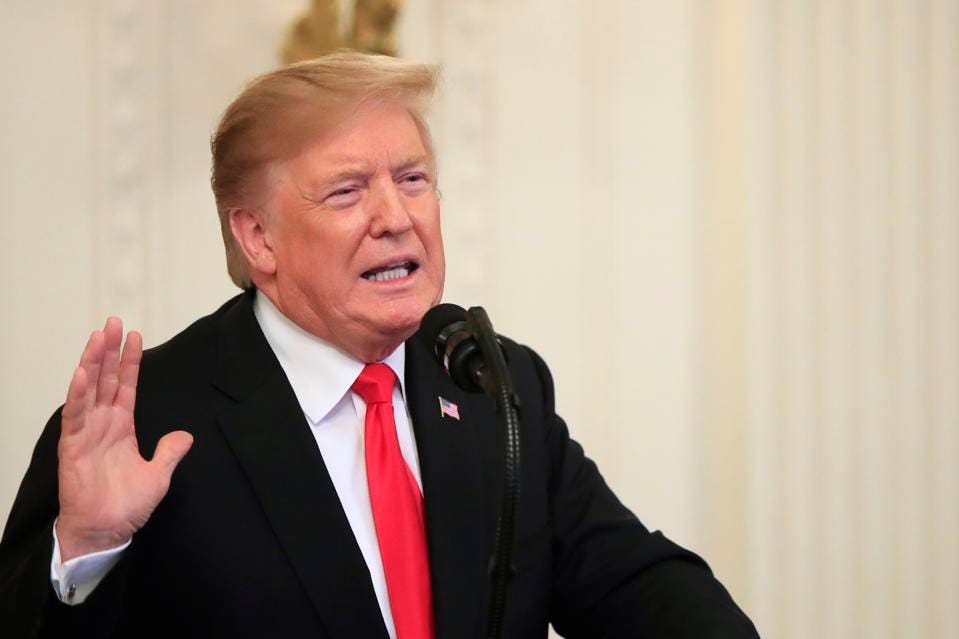 The results are in on how much Donald Trump’s trade war cost the U.S. in 2018.

Most people who guess would be wildly wrong about the total.

It cost the average American the price of one fancy cappuccino?plus a cookie per month during 2018, or $4.28, according to a new report.

You read that correctly. The monthly cost is less than?$5 per month per person, according to recent research from the National Bureau of Economic Research.

Here’s how we get that figure.

“[…] we find that the full incidence of the tariff falls on domestic consumers, with a reduction in U.S. real income of $1.4 billion per month by the end of 2018,” states the paper, titled ‘The Impact of the 2018 Trade War On U.S. Prices and Welfare,” by Mary Amiti, at the Federal Reserve Bank of New York, David Weinstein at Columbia?University, and Stephen J. Redding at Princeton Unversity.

That $1.4 billion quoted is how much all U.S. consumers together lost in economic welfare each month last year through the effects of the trade war, according to the research.

However, when you break that down to a per person basis, the amount becomes similar to what you might find looking for coins down the sides of cushions on your couch.

The U.S. population totaled 327 million people last year, according to the U.S. Census Bureau. When you divide the $1.4 billion monthly cost among that population, it comes to $4.28, or approximately what you might pay for a cup of the best coffee plus a single Italian-sounding biscotti. That works out to around $51 each year.

Most Americans would rather have had that extra cash in their pocket last year than not, I am sure.

And it is evidence that trade wars do cost consumers real cash.

But so far, at least, this isn’t an economic calamity or a financial Armageddon.

By comparison, Superstorm Sandy, on the other hand, was a mess. The 2012?weather system that hit the U.S. east coast is estimated to have cost $65 billion. That’s a lot of money.

There is a caveat. That cost is just the tab for what has happened so far. “[…] the long-run effects are still to be seen,” the report states.

In other words, other costs may get added to the tally as time passes.

And that cost doesn’t include the costs to the citizens of other countries that imposed tariffs on imported goods from the U.S., the authors note.

This is why economists broadly condemn trade wars as an economic non-win strategy where everyone loses. Fortunately, so far the costs to the U.S. has been minimal.