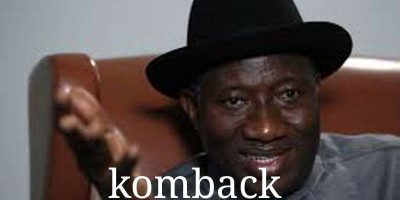 In an interview with Premium Times the Chairman of the Tipper Garage second-hand materials market, Gwarimpa, Abuja, Ibrahim Bagobiri, explained how he was persuaded to buy some items looted from an Abuja residence of former President Goodluck Jonathan, and the reason why he is on the run from the police.
PT: Please, you should start with an introduction.
IBRAHIM: My name is Ibrahim, popularly known as the Chairman of Tipper Garage Market.
PT: Do you know a police officer called Sergeant Musa?
IBRAHIM: I know Sergeant Musa very well. He also knows me for over 12 years. I know him as a good police officer who frequents our markets.
PT: How did you enter into a business deal with him?
IBRAHIM: Thank you. It all began in 2016, I think before the commencement of fasting period in that year. A young man approached me in the market and introduced himself as an errand boy sent to me by Sergeant Musa.
The young man came with six sets of clothes and told me that Musa said I should buy them so that he would take the money to him. I was surprised to hear that, because I had never done any transaction with him before then.
I then quickly called his line and asked him. Musa spent time to convince me that those clothes were not stolen, but rather, they were given to them by their Oga (former President Jonathan).
When I insisted that I would not buy, he was angry with me that I was behaving as if I took him for a thief. He later gave the phone to a police inspector who described Mr. Jonathan’s house to me and said I should personally come and confirm the authenticity of their claims.

It was after two days before they convinced me to buy those six sets of clothes. After I bought another few sets, they again invited me to the house and took me to a room where various items in large quantity were stored.
PT: Did you buy from that large quantity?
IBRAHIM: No. Let me take you back. Before we entered, that police Inspector told me that they were going to take me to a particular room where they stored a large quantity of various goods. The goods, according to them were all distributed to them by Jonathan after they lost the 2015 Presidential election.
Immediately I entered into the room, I faced a portrait of Mr. Jonathan, neatly placed on the wall. The nature of the room and the mere look of that quantity of items made me to come to term with reality that they were not the kind of items that would be given to mere security men.
When they observed how I was shocked, they said I shouldn’t be afraid. But I looked into their faces and said, Musa, even if I will become the richest man in Nigeria through the proceeds of these items, I will not buy them.
That is how far my closeness with Musa went. From that time, he began to look for other buyers.
PT: But it was confirmed that some of the items were sold at your market, Tipper Garage.
IBRAHIM: You are correct. When I stopped buying from those security men, they then went round and sourced for another buyer. But when I warned all our members that they should be wary and stop buying those items, they all stopped. That might have been the reason why such items were believed to have been sold at some other markets.
PT: Why didn’t you take action when you suspected that those items could not just be mere gifts from Mr. Jonathan?
IBRAHIM: You don’t know me, that is why you asked me this question. You know if you are dealing with the police, especially at crucial or questionable circumstances like the one involving selling of such items, you have to be very careful and cautious.
But let me tell you, I?m a man of integrity, no doubt about it. Even all the DPOs (divisional police officers) posted to Gwarimpa in the past 12 years can testify to this. We don’t buy stolen items in our Tipper Garage Market. We have a committee with a mandate to scrutinize any item brought to our market for sale, especially second-hand items.
On numerous occasions, I personally handed suspected thieves together with the stolen items to the police at Gwarimpa Division. All those police men in the division are very much aware of how we assist them to catch suspected thieves who brought stolen items for sale.
PT: Why then are you now at large?
IBRAHIM: I disappeared not because I’m afraid. It is because of the shame attached to the purchase of stolen items, which I did unknowingly. Everyone knows me very well that part of our rule in that market is that for no reason anyone should buy stolen property.
If we discovered some items brought to us are stolen, we apprehend the suspect and handed him to the police. You can go to Gwarimpa Police Division and confirm this. I have learnt a great lesson in my life not to trust anyone from the surface.