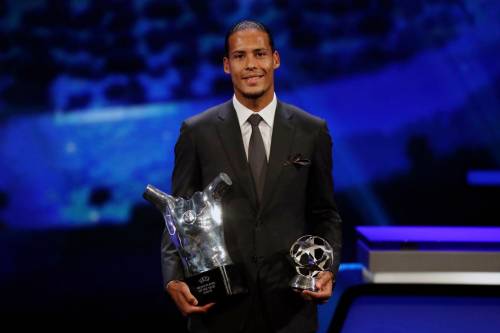 He was announced winner of the award at a ceremony held in Monaco, France, on Thursday.

In the season under review, Van Dijk scored nine goals in 59 appearances for club and country.

Earlier at the event, 32 teams for the 2019/ 2020 Champions League season were drawn into eight groups.