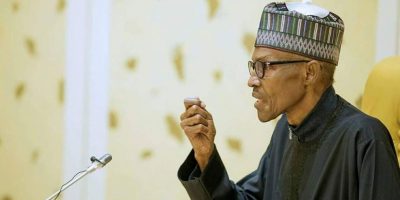 BUHARI VOWS TO RESIGN IF HE DOES NOT RECOVER
Daily Independent reports
President Muhammadu Buhari has given a timeline that he may resign by a specific time if he doesn?t recover from his undisclosed illness.
Buhari left Nigeria for London on May 7 to attend to his failing health and since then, his deputy, Professor Yemi Osinbajo, has been acting in his stead.
Speaking with Independent on Tuesday, a credible source in the presidency said though the president has made immense improvements in the last couple of weeks, he was reported to have told his close aides recently that if he doesn?t recover by a specific date, he will tender his resignation letter.
He, however, failed to disclose the specific date or month given by the president.
He added that contrary to the views by many, the president is not desperate to cling on to power but he is being advised by doctors to continue with the treatment while Acting President Yemi Osinbajo presides over the affairs of the nation.
He also confirmed that though some aides of the president tried to bypass the acting president in order to get to the president, the president directed them to relate with the acting president who is presently in charge of the affairs of the nation.
He attested to the fact that the decision of the president to direct all state matters to the acting president has greatly contributed to the remarkable progress the president has made in the last couple of weeks.
?The president is not desperate to cling on to power if his health cannot carry him. I can tell you authoritatively that he has given a timeline that if he doesn?t recover fully on a specific date, he will file in his resignation letter and if you know President Buhari very well, he meant what he said.
?That is why Nigerians who love the president and his efforts in restoring Nigeria?s lost glory should continue to pray for his quick recovery. It will be to our disservice if he dies as some people are wishing him?, he said.
Another reliable source told Independent that when the president was transmitting the second letter of his medical vacation to the leadership of the National Assembly intimating it of his trip to London, he wanted to transmit a letter of resignation but a retired General from Taraba prevailed on him not to do so.
Femi Adesina had said ?the length of the president?s stay in London will be determined by the doctors? after transmitting ?letters about the trip to the Senate and the House of Representatives, in compliance with Section 145 (1) of the 1999 constitution?.
Also speaking with Independent, Chief Ebenezer Babatope, former Minister of Transport and member of the Board of Trustees of the People?s Democratic Party (PDP), said it doesn?t serve anybody?s interest if President Buhari resigns. According to him, instead of demanding for the president?s resignation, Nigerians should pray for him to return and do his job.
He said the PDP wants Buhari to recover quickly and seek re-election in 2019, adding that the PDP will trounce the ruling All Progressives Congress (APC) if it presents the president as its flagbearer in the 2019 elections.
?I don?t think we should compound Nigeria?s problem by asking for the president?s resignation. First of all, it is not of his own making that he is sick. All of us must have been sick at one time or the other. If we want to help Nigeria succeed, let us pray for him to recover and come back to do his job.
?We in the PDP are not bothered by his resignation at all. We are even praying that he should come back and re-contest in 2019 because we know that we are going to beat him. But it doesn?t serve anybody?s interest to ask him to resign. Those doing so are just wasting their time?, he said.