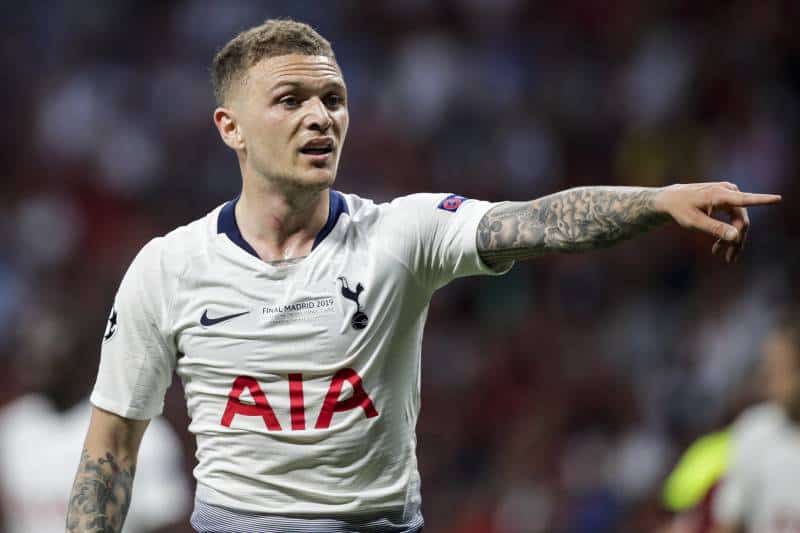 Kieran Trippier of Tottenham Hotspur battles for possession with Mesut Ozil of Arsenal during the Premier League match between Tottenham Hotspur and Arsenal FC at Wembley Stadium on March 02, 2019 in London, United Kingdom. (Photo by Michael Regan/Getty Images)

Atletico Madrid have come to an agreement with Tottenham in acquiring Spurs’ right-back, Kieran Trippier. The Spanish side confirmed the news on their Twitter page welcoming their new player.

Trippier signed a three-year dealing tying him to the club until 2022. According to The Guardian, Atletico paid Spurs a fee of at least £20 million. He rose to prominence following the 2018 World Cup where he delivered very good performances with England. He even scored in their semi-final defeat to Croatia. But he had a tough go of it at times this season with Spurs.

While not angling for a move, he knew a possible exit from the side was on the table.In a report by the BBC, he said, “I want to stay in England but what can you do? I’ll see what happens and what the club wants most importantly.”It is a surprising move, both for Kieran Trippier and Atletico Madrid. By joining them, Trippier becomes a rarity in that he is a Brit who is now going to be playing abroad. Given the pay and attractiveness of the Premier League, most English players decide to stay put. On the other hand, Atletico are taking a bit of a risk considering his dip in form last season.There were rumors of a potential move to Italy where Juventus seemingly came out of nowhere, interested in the 28-year-old. Napoli were another team rumored to have an interest.

Atletico Madrid were in need of some depth regarding their backline. Diego Godin left to Inter Milan on a free and their two full-backs, Juanfran and Filipe Luis, were out of contract and not renewed. Signing Trippier is a smart move especially if Diego Simeone believes he can get him back to his World Cup form.

As it stands, Trippier will likely have to battle it out with Santiago Arias for the starting right-back position.