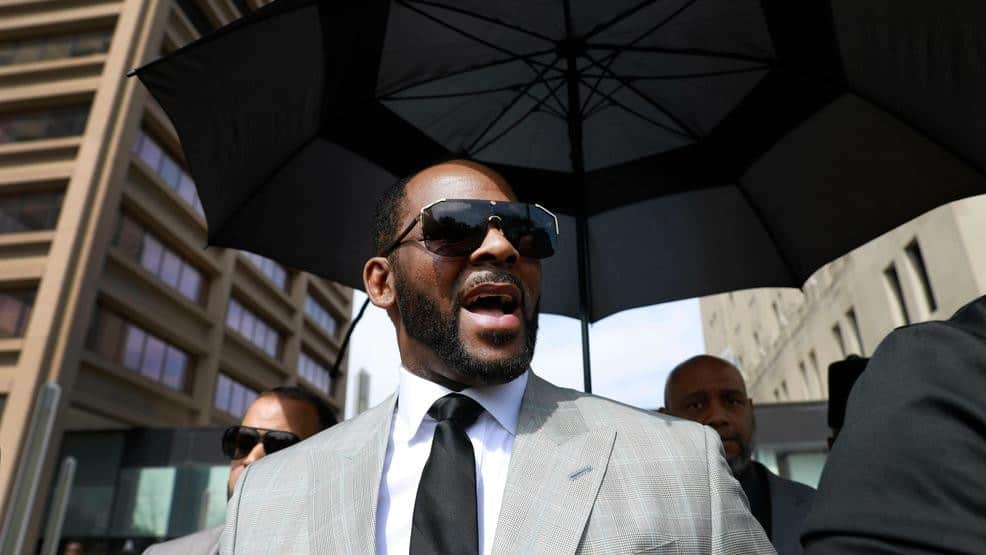 CHICAGO, July 16 (Reuters) – R&B singer R. Kelly pleaded not guilty on Tuesday to a raft of federal charges accusing him of running a scheme to force women and girls to provide sex for himself and others, and a judge ordered that he remain in jail without bail.

A federal judge said the main reason he was denying bail was obstruction of justice charges, part of a multi-count indictment unveiled on Friday in Chicago and New York. Wearing an orange prison jumpsuit and handcuffed at a hearing in federal court, R. Kelly entered his plea of not guilty and answered “yes, sir,” to all of U.S. District Judge Harry Leinenweber’s questions. He made no eye contact with supporters in the Chicago courtroom. “Kelly is an extreme danger to the community, especially teenage girls,” federal prosecutor Angel Kroll argued. “Mr Kelly has done extensive obstruction of justice.” Prosecutors brought 18 indictments against the Grammy award-winning artist with allegations he preyed on teenagers and young women for two decades, forcing them into sexual acts. Kelly and his entourage are accused of paying hundreds of thousands of dollars in bribes, using intimidation and even giving a car to one victim to keep them quiet, all part of the obstruction of justice charges. The singer’s lawyer Steve Greenberg has said the charges stem from “decades-old” conduct and were already part of an existing Illinois sexual assault case or previous allegations that resulted in Kelly’s acquittal. Greenberg said R. Kelly was not a flight risk as he spent all his time in his one bedroom apartment on the 48th floor of the Trump Tower in Chicago and had no money. “If he was going to flee he would have done so already,” Greenberg said in court. Two women who say they’ve been in a consensual relationship with R. Kelly were at the hearing, but did not speak in court or comment to reporters. The women, Joycelyn Savage and Azriel Clary, expressed their support for the singer this week in a video posted on entertainment news site TMZ. Best known for his hits “Bump n’ Grind” and “I Believe I Can Fly,” R. Kelly faces a maximum prison sentence of over 190 years for the Chicago charges and decades more for those filed in New York. He is already fighting sexual assault charges in Illinois that could put him behind bars for up to 30 years. The singer and record producer faces charges dating back as far as 1998 for counts ranging from enticing a minor, to producing child pornography and obstruction of justice. Celebrity lawyer Michael Avenatti, who says he represents three of Kelly’s victims, on Monday said the singer paid over $2 million to keep one young woman off the stand in his 2008 trial on child pornography charges, in which he was acquitted. “The difference between his old cases and now is that his victims are cooperating with law enforcement,” said prosecutor Kroll. (Reporting by Barbara Smith in Chicago; Writing by Andrew Hay; Editing by Rosalba O’Brien and Grant McCool)