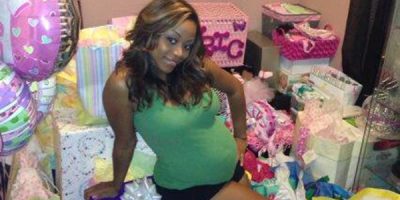 This is so sad! Former Destiny?s Child singer, LaTavia Roberson, is reportedly in very bad shape after suffering from complications due to her second pregnancy. The star was apparently rushed to the hospital and is in critical condition!

Our hearts go out to LaTavia Roberson, 34, and her family after the Destiny?s Child star was reportedly rushed to the hospital on July 4 with severe pregnancy complications. The singer is allegedly even ?fighting for her life!? And you better believe her fans and supporters are sending her all their love via social media and wishing her and her unborn child a full recovery.

A source reportedly close to LaTavia reached out to TheShadeRoom and told them that the singer was transported to the hospital as a result of complications that arose from her pregnancy. And although there has been no health update since July 4, TSR did report that LaTavia is ?fighting for her life.? Oh no! We truly hope the singer-turned-actress recovers soon, and fans are praying for her!

LaTavia, who is pregnant with her second child, has taken to Instagram over the course of her pregnancy to share several adorable pics featuring her baby bump over the past few months. And seriously, she is one proud mama! The star even posted a photo as recently as July 3 ? just one day before she reportedly fell ill.

?Happy Saturday Lovers,? LaTavia captioned the pic, which shows her flaunting her pregnancy curves in a bright red bikini and sunhat. And since the devastating news of LaTavia?s situation came to light, fans have been wishing the singer well on her social media accounts. ?May God bless your soul you?re amazing! Prayers from Finland ?????,? one fan commented on the sweet pic. Another gushed, ?Still up praying and wishing you well!! ????.?
Hottest Hollywood Moms: See Photos Of The Sexiest MILFs

For those who don?t remember, LaTavia was one of the ORIGINAL members of Destiny?s Child before leaving to form the girl group Anjel. The songstress then took a career hiatus before starring in stage productions of Those Jeans, How to Love, and Not My Family. Throughout her career LaTavia has earned two Grammys and three Soul Train Awards.

The star already has one child with producer Don Vito, Lyric Richard, who was born in 2013. We truly hope her second baby arrives happy and healthy as well.

Our thoughts are with LaTavia?s friends and family during this difficult time. HollywoodLifers, please leave your messages of support below.