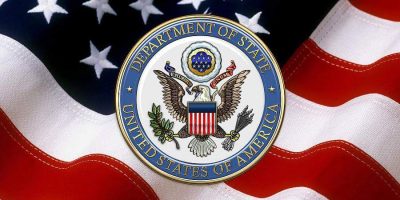 U.S. SLAMS NIGERIA OVER INABILITY TO STOP BOKO HARAM
The United States Department of State has expressed worries over the inability of the Nigerian military to hold territories recovered from Boko Haram insurgents in the North Eastern part of the country. The worries were contained in a report published on July 19, which highlighted the successes and failures of the military in the fight against the insurgents.
The report said that despite the successes recorded by the Multi-National Joint Task Force in the region, the Nigerian military has not been able to hold down those territories recovered. The claims, contained in the United States country report on terrorism for 2016, was submitted to the US Congress in compliance with the title 22 of the US Code. It stated that the Federal Government?s progress report on the fight against terror was merely a duplication of failed efforts carried over from the end of last year?s fighting season.
The report said: ?Despite gains made by the MNJTF, much of its reported progress was merely duplication of failed efforts carried over from the end of the last dry/fighting season. The Nigerian military was unable to hold and rebuild civilian structures and institutions in those areas it had cleared.
?Most of the remaining students abducted by BH in Chibok remained in captivity, although one girl was found in Borno, and the Government of Nigeria successfully negotiated the release of 21 of the kidnapping victims.? According to the report, terrorist activity accounted for the displacement of nearly two million persons in Adamawa, Bauchi, Borno, Gombe, Taraba, and Yobe States. It adds: ?There was no evidence in 2016 of the implementation of a coordinated plan to restore civilian security in recaptured territories.
?In partnership with international donors, the Nigerian government set up several institutions to coordinate the reconstruction of areas destroyed by the conflict in the North- East.?The report also accused the Nigerian government of failing to get help from regional organisations.
?The Nigerian government has not invested significant resources or time enlisting regional organisations, such as the Economic Organisation of West African States and Economic Community of Central African States, to assist with the BH problem. ?Instead, the Government of Nigeria preferred to engage BH militants in direct, unilateral military action and through the MNJTF, which is headed by a Nigerian military officer,? it said.
-New Telegraph