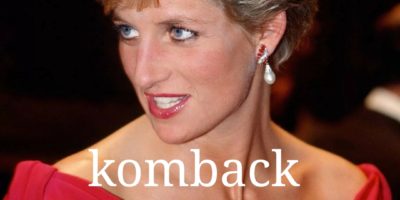 New details of Princess Diana?s life are emerging as the 20th anniversary of her death approaches. Many of these revelations are coming out as a result of her conversations on camera with her voice coach, Peter Settelen. In one of the recently released tapes, Princess Diana stated that after she gave birth to Prince Harry, Prince Charles was not necessarily interested in continuing their love life.

After Princess Diana had Prince Harry, she states that her husband only wanted to have sex with her intermittently, which she gauged at about once every three weeks. Princess Diana blamed this lack of interest on Camilla Parker-Bowles, the woman who Prince Charles had always been in love with and has since married after Diana?s untimely death in 1997.

Peter Settelen?s tapes featured 16 different recordings of Princess Diana talking about intensely personal matters, as Settelen stated that this would help her with her elocution and make it easier for her to speak on her favorite projects, such as her various charities. The exercise was supposed to help her tell her story and then together they would watch the tapes and discuss where she needed vocal improvement. But clearly, Princess Diana trusted him with a lot more than just her voice

In 2003, a legal battle ensued between Settelen and Princess Diana?s butler for ownership of the tapes. The butler took them into his custody after her death, and Settelen fought to get them back in his care, which he eventually won the right to do.

Bits and pieces of the tapes were released in 2004, but Settelen has allowed them to be broadcast for part of a special which will air on August 6 on Channel 4 in the U.K. to mark the 20-year anniversary of Diana?s tragic death.

Within the tapes, Princess Diana expounds on her troubled marriage with Prince Charles, and calls her royal fairytale wedding the ?worst day of her life.?

She states that the pair only met one another a grand total of 13 times before they wed, and that he used to ring her up some days every single day of the week, and other times she would go weeks at a time without hearing from him.