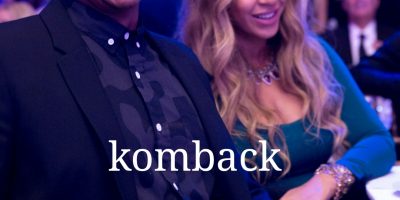 Beyonce and Jay Z are reportedly planning to renew their wedding vows at the end of the summer after a ?tough? couple of years. The Carters are looking to ?wipe the slate clean? and start over after the infidelity issues they?ve dealt with in their marriage.

The Carters recently welcomed their twins, Sir and Rumi, less than two months ago and it seems like the new family of five is doing extremely well.

Beyonce and Jay Z are reportedly ready to recommit to each other once again with a small, intimate ceremony at the end of the summer, according to Metro.

The Lemonade superstar and her 4:44 rapping husband renewed their vows once before in 2014 during a birthday trip to Corsica, the Daily Mail reported.

Beyonce?s explosive Lemonade visual album and Jay Z?s honest apology track ?4:44? both addressed the infidelity rumors that have swarmed their relationship for years. It appears that the couple is ready to move on and celebrate their love for each other once again.

An insider said that the last few years have been an extremely ?tough? couple of years, so the Carters are ?planning to renew their vows in late summer, in front of their children and 10 specially selected trusted friends.?

?Beyonce wants to wipe the slate clean and bring the family back together. They?ve experienced some seriously difficult situations, but they?ve pulled through it.?

Both Beyonce and Jay Z are allegedly ?taking a step back from their careers? so that they can ?focus their attentions on their family life.?

The couple both know that ?their marriage has suffered? because of all the focus they put towards their individual careers.

Beyonce is also reportedly going to be bringing the twins on tour, along with five-year-old Blue Ivy.

Jay Z said that rebuilding his marriage was ?the hardest thing? he?s ever done.

Working on their marriage and working out together

Beyonce and Jay Z took SoulCycle classes together to get back in shape six weeks after their twins, Sir and Rumi, were born.

Beyonce?s body bounced back incredibly fast after giving birth to twins less than two months ago. The superstar and her rapper husband Jay Z are keeping on track with getting back in shape and staying healthy for their new family of five, Daily Mail reported.

The Carters were recently reported to have had spent over $600,000 to pay nannies to care for their babies, Sir and Rumi. The twins apparently don?t sleep at the same time, so they decided that they needed ?three per child, working eight-hour shifts.?With their newborns in good hands, the couple has time to work out and spend time together.

An insider told People that Beyonce is ?slowly getting back to her ?normal? life.?

?Her babies are now six weeks old, and she started working out again.?

The Lemonade singer and the rapper have been ?motivating each other to stay in shape.?

Are you surprised that Beyonce and Jay Z are renewing their vows again? Let us know what you think in the comments section below.